The immersive and experiential theatrical show, which will continue its run at Al Majaz Amphitheatre on January 26, 28, and 29, narrates the history of the emirate and its extraordinary journey and accomplishments over the past 50 years. Incorporating 10 creative art forms, the show combines poetry and narration, ancient and contemporary music, and is a grand spectacle of breathtaking visual imagery.

The show, which comprises 11 immersive scenes, opens against the backdrop of a crucial period in the emirate’s history when the Qawasim resisted the Portuguese and Dutch invasions. Amid a charged up atmosphere in the amphitheatre resounding with the thunderous roar of cannons, the show unveiled an epic battle scene that culminated with the triumph of Sharjah and the retreat of the invading fleets.

Through impeccable performances, each eloquent scene takes the audience on a journey back to more than several decades. One visually stunning scene features a young woman in a traditional Emirati embroidered dress, whose enchanting song about the glories of the emirate is performed against a background of the rising sun and its dazzling rays - in reference to the meaning of the word, ‘Sharjah’ (Rising Sun).

As each scene seamlessly leads into another, the audience is taken on a pearl-hunting adventure where  a highly talented cast of acrobatic performers and artists transform the stage into a fantastical world featuring the ocean and breaking waves. A boat carrying pearl divers perfectly illustrates the fearless forefathers of the emirate as they venture into the sea, undaunted by the challenges of the perilous journey.

The scene, set to a background score of the captivating sound of waves, is accompanied by mesmerising performances, holding the audience in rapt attention. The music reaches a crescendo as pearls appear on the scene, signifying the bounty of the sea and the tremendous impact it has had on the emirate’s development journey.

The show continues with a scene that speaks volumes of the profound relationship shared by His Highness Sheikh Dr. Sultan bin Muhammad Al Qasimi, Supreme Council Member and Ruler of Sharjah with books. A story depicting the time when His Highness pledged his golden dagger gifted to him by his father to buy books affirms the Sharjah Ruler's belief in the role of knowledge as a catalyst for the emirate’s growth.

From scenes highlighting theatrical performances and audio narration, the show moves on to a highly artistic segment where performers carry out a breathtaking display of aerial acrobatics with dazzling lights to portray the impact of a knowledge-led approach to development.

The show continues to enrapture audiences with a scene depicting the extraordinary development journey of the emirate under the Sharjah Ruler’s reign. In yet another example of choreographed acrobatic performances, the artists are seen building a gigantic structure and the  scene concludes with the appearance of the Sharjah Mosque - an abiding symbol of faith and the largest and most iconic mosque in the emirate reputed for its grandeur and architectural beauty, and a grand testament to the emirate’s strides in development over the past 50 years.

The show concludes with music and solo and group performances and acrobatic dances that illustrate Sharjah's journey to becoming a globally attractive destination to live and work. A plane full of tourists that land on stage also depict Sharjah’s meteoric rise and appeal as a top tourist destination, and the scene concludes with a memorable acrobatic finale.

A fabulous picture mosaic made up of citizens, residents and visitors who love Sharjah appear in the  shape of the number ‘50’ and marks the conclusion of the show in a glorious celebration of the 50th anniversary of the accession of His Highness Sheikh Dr. Sultan bin Muhammad Al Qasimi, Supreme Council Member and Ruler of Sharjah, which falls today, January 25. 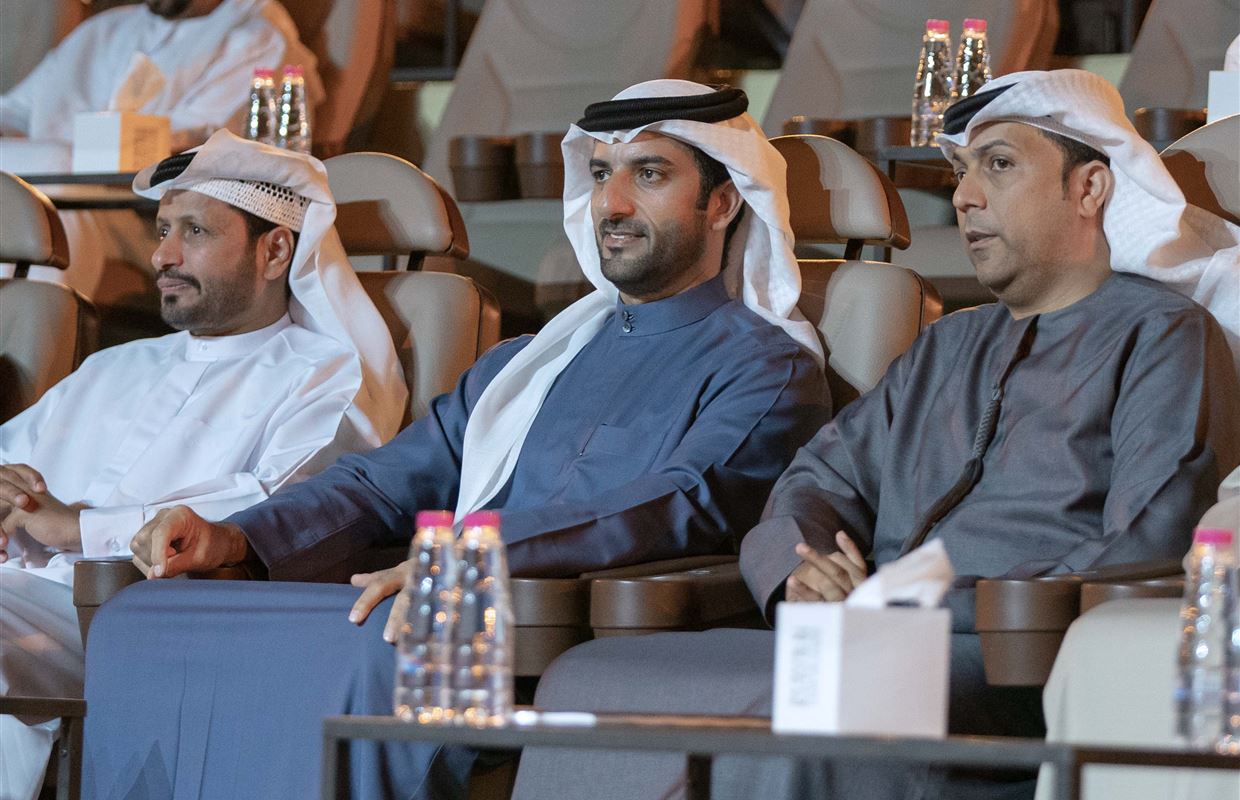 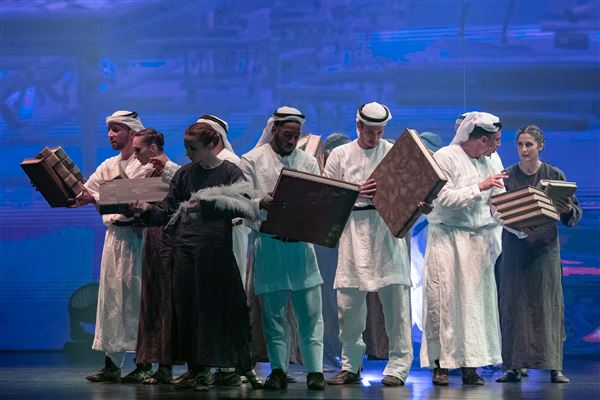 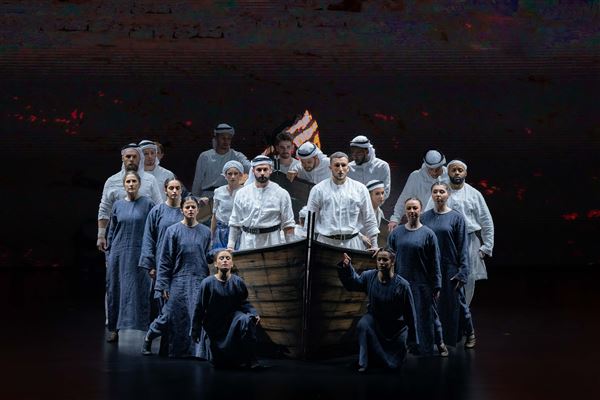 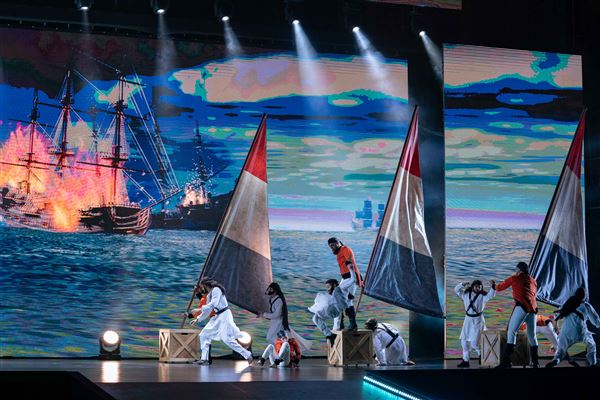 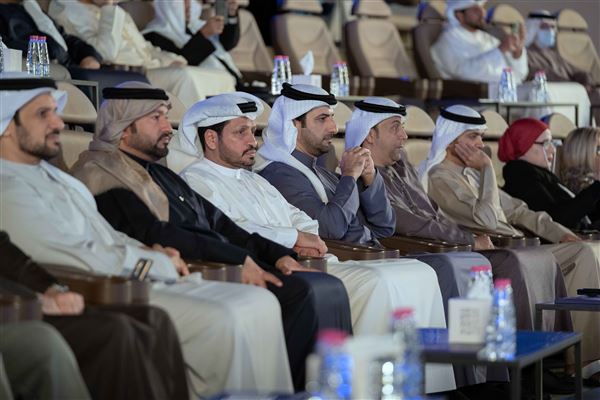 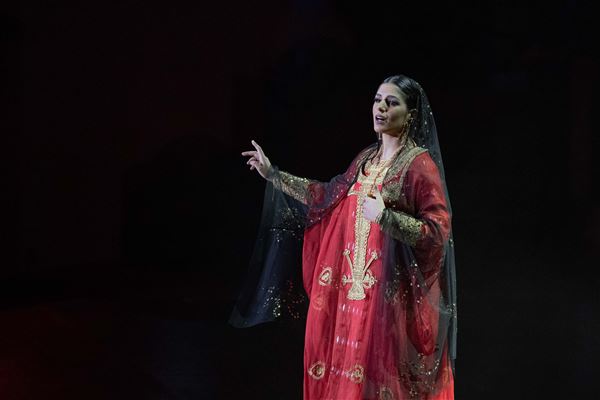