Thousands of concertgoers at the iconic Al Majaz Amphitheatre in Sharjah enjoyed a magical night of Arabic music, as two popular Arab musical talents – Jordanian singer-songwriter Omar Al Abdallat and Palestinian pop star Mohammed Assaf – rocked the venue with a selection of their most popular hits and folk renditions.

The duo delivered one memorable hit after another, bringing an eclectic blend of Palestinian and Jordanian folk music to a lively, packed audience.

Held as part of the new season of #letsmajaz, the concert transformed the amphitheater into an electrifying space as fans waved Palestinian and Jordanian flags and kaffiyehs in a mesmerising spectacle.

Making his third appearance at Al Majaz Amphitheatre, Assaf opened the night with his latest smash hit, Besaraha, followed by Felli Bala Ma Nehki and Al Hawara. He captivated the audience with his renditioning of Syrian singer George Wassouf’s Ya Baya’een El Hawa and Tunisian singer Thekra’s Al Asami, which he performed for the first time at a concert.

His rendering of Alli Al Kufiyah, or ‘Raising the Kaffiyeh High’ in his magical voice – a reference to the chequered Palestinian scarf, a symbol of national resistance – brought the audience to its feet, as they cheered and danced to the song’s rhythmic beats. Fans were equally delighted to listen to the timeless Palestinian folk songs, Ya Teer El Tayer and Ween Ala Ramallah.

In a special tribute to the UAE and Sharjah, he performed Maihad Hamad’s popular tune, Allah Ya Dar Zayed. The Arab Idol star received a thunderous applause as he belted out his chart-topping Makank Khaly as the concluding number.

An energetic audience waving Jordanian flags and kaffiyehs greeted Jordanian pop singer Omar Al Abdallat as he took to the Al Majaz Amphitheatre stage in his debut public appearance in Sharjah. Al Abdallat, who has popularised Bedouin music and penned some of the most iconic Jordanian patriotic songs, enthralled fans with a selection of popular Jordanian folk renditions like Nezlin Ala Al Bustan, Habhabni Ala Al Khadeen, Ballah Tesobo Halqahwa, and Wasari Sar Al leil.

Fans were ecstatic when he sang Ya Saad and smash hit, Ya Jabal Ma Yehzak Reeh, penned and composed by him as a special tribute to Palestine and performed as a duet with Assaf.

Both the singers expressed their gratitude to #letsmajaz for bringing them face to face with their fans and the audience and praised the Al Majaz Amphitheatre’s management for enabling artists from around the world to perform. 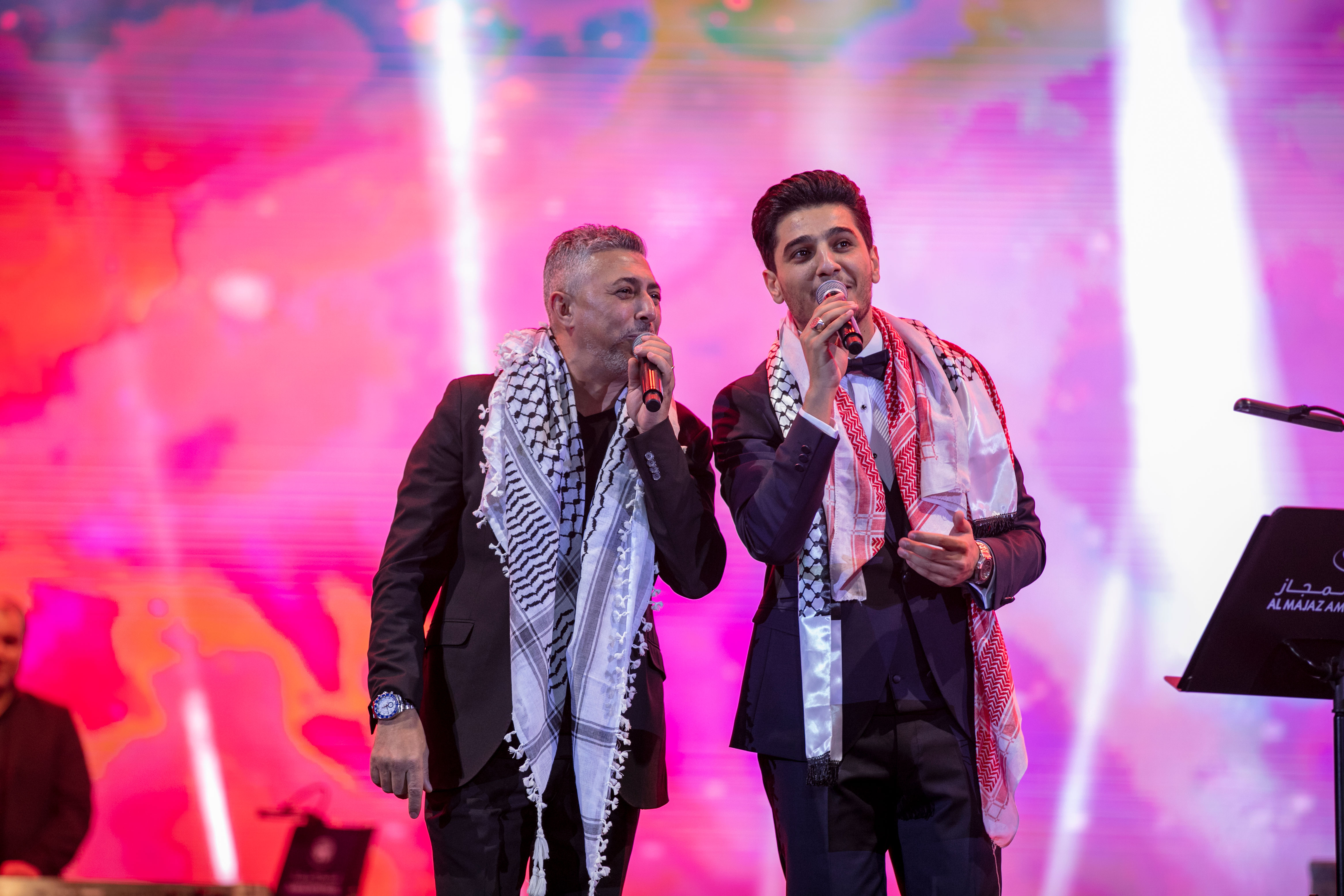 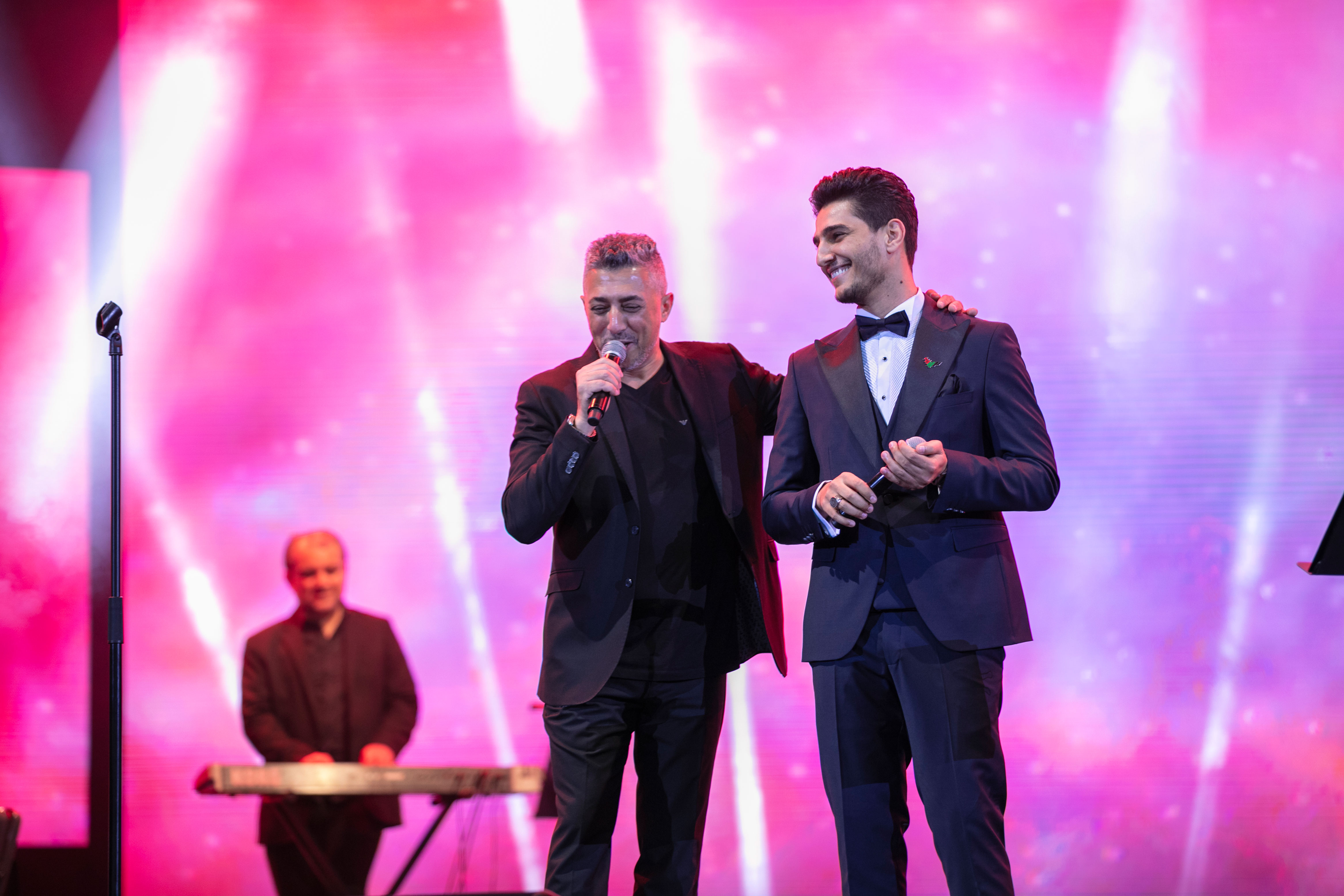 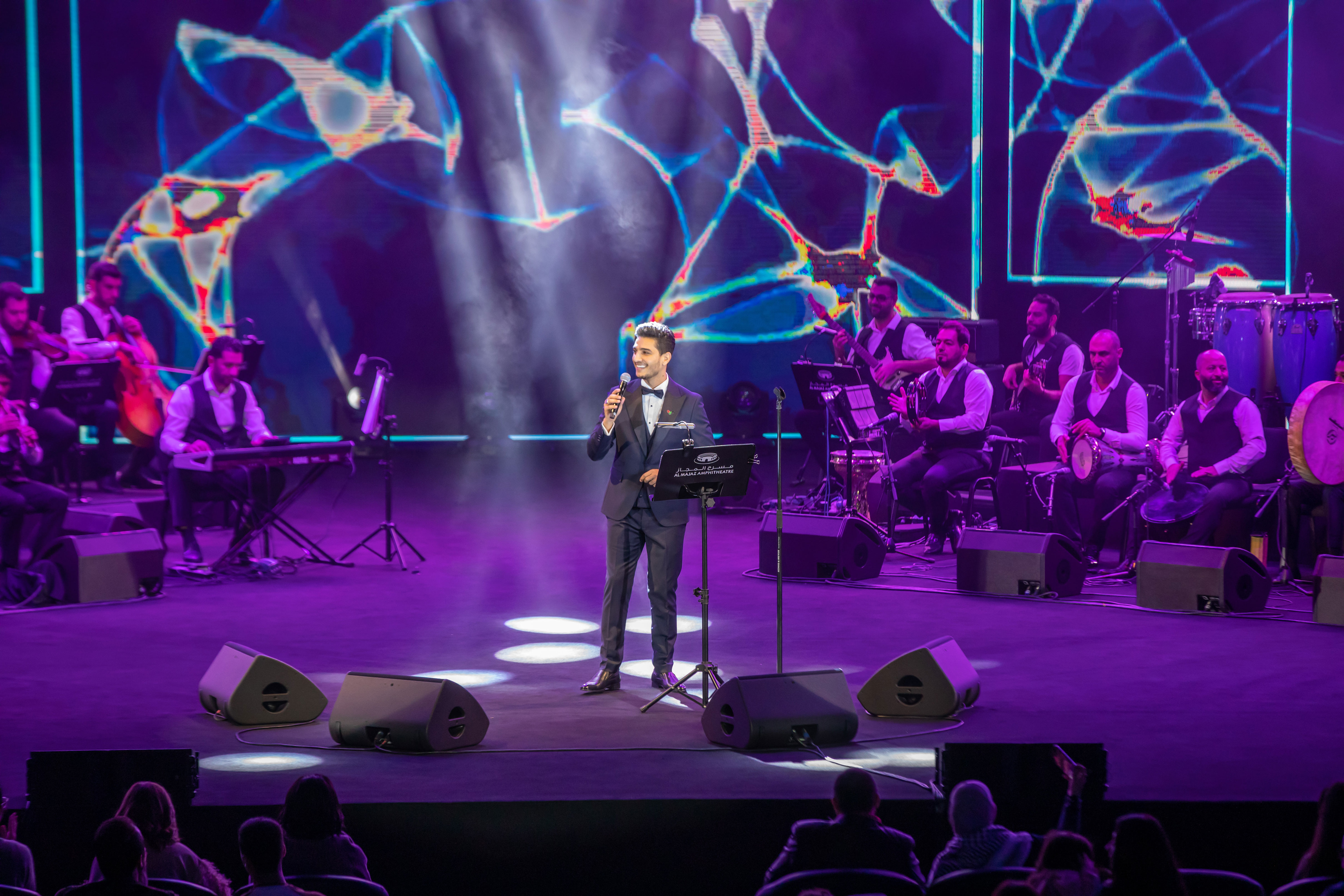 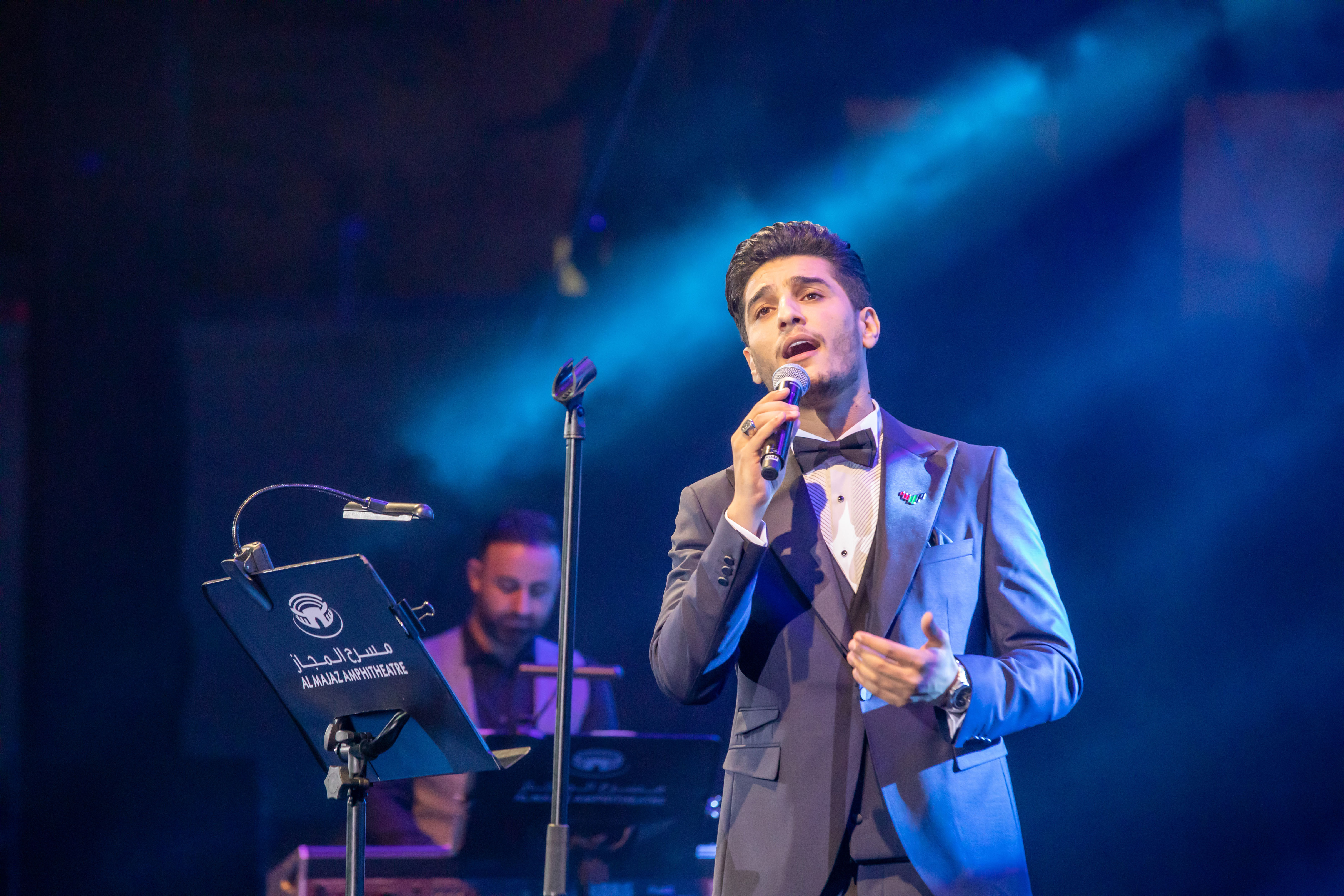 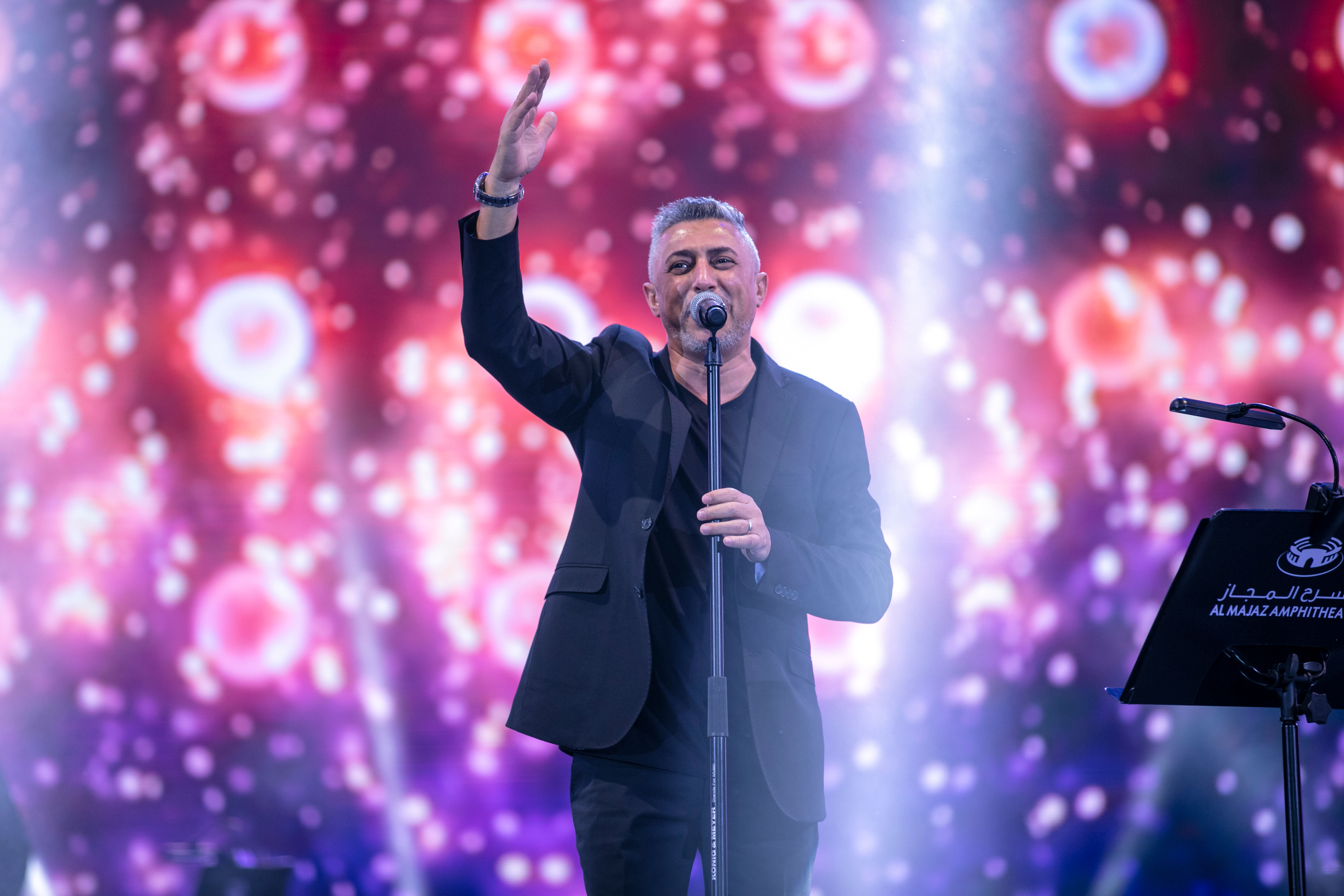 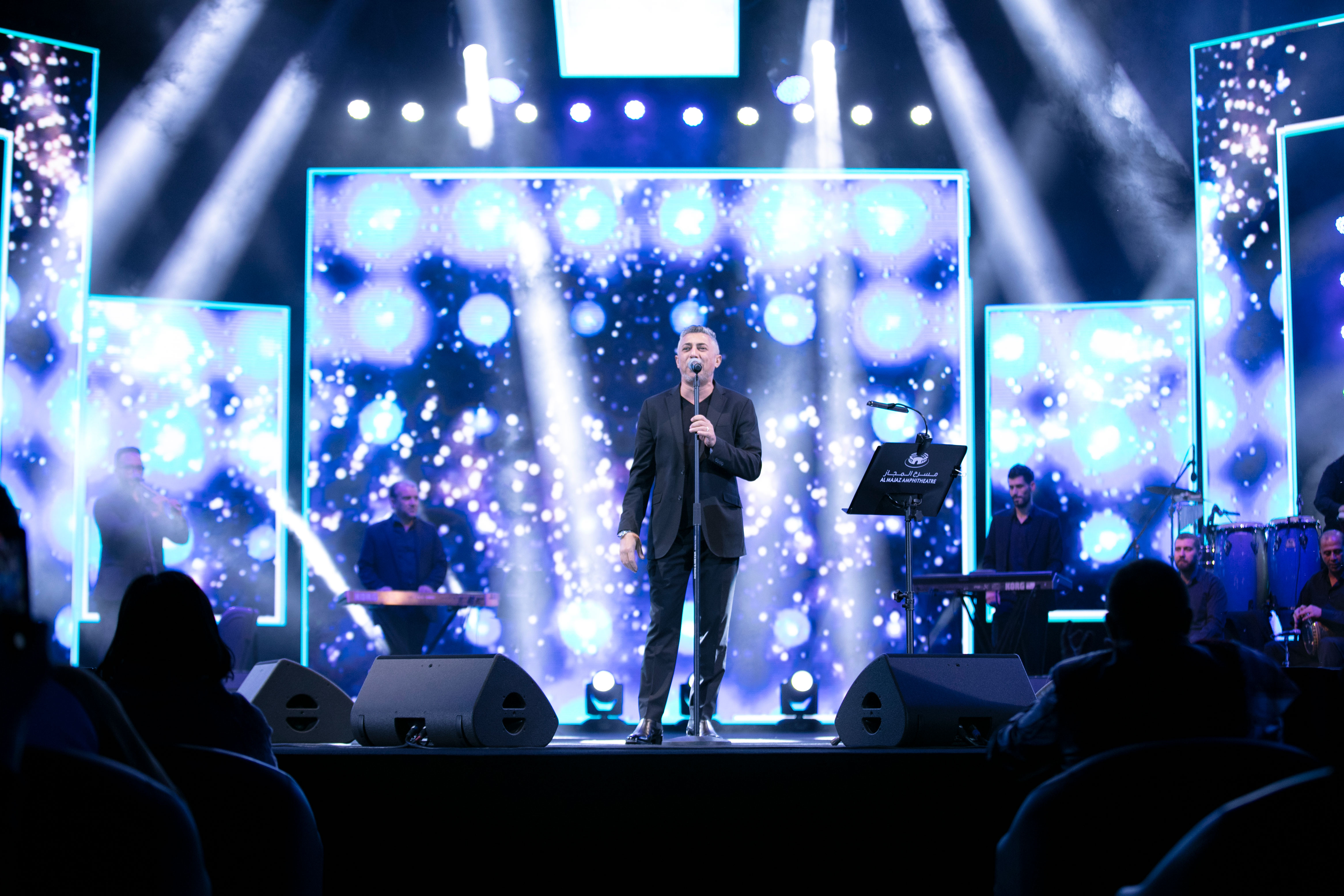 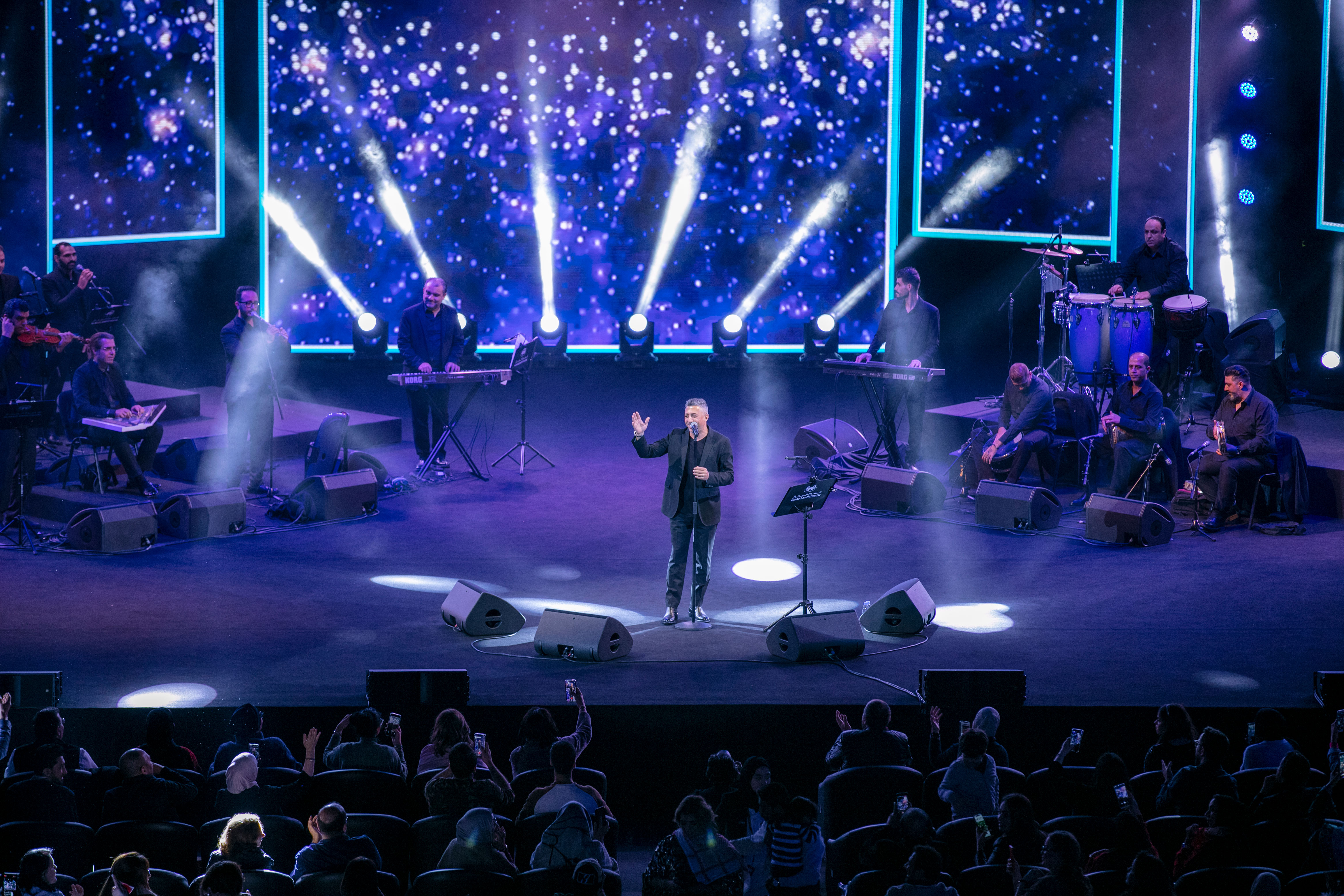