The fully sold-out concert has brought down the curtains on the grand season-opener, with two musical legends who lit the stage with a set of their most popular songs, mixing the foot-tapping present with the authentic past and illustrious for enthusiastic music lovers.

In her debut concert in Sharjah, Nawal enthralled audiences with refreshing renditions of her greatest hits from her 25-year musical repertoire. With smash hits 'Sabbah…Sabbah' from her latest album 'Keddah By', 'Rouhi Ya Rouhi, 'Beilbalak', 'Ma Andam Alek', 'Nassini Leeh',

'Eineik Kaddabeen', and her breakthrough hit 'El Layali', the Arab world's undisputed queen of pop brought the audience to its feet.

Nawal saluted the emirate's audience and thanked the management of Al Majaz Amphitheatre for hosting her for the first time in the emirate.

Al Muhandis took the evening's excitement tempo up several notches with one of his biggest hits, 'Allah La Yehrimni Mennak', which made arguably the night's top sing-alongs. The 'Prince of the Arabic Song' built on this fantastic start as he kept pulling out of his pocket, chart-toppers like 'Ana Bleiak', followed by 'Tenadeek', and 'Bedon Asmaa' one after another.

The singer mixed themes of romance with latest hits like 'Jannah Jannah'; patriotism with 'Habibi Min Ahl Baghdad' and nostalgia, through songs like 'Atshan', 'Akh Qalbi', 'Ana Belqowah Nseet' and 'Hodou', that took his fans through eclectic emotions that can only be invoked by songs.

Muhandis expressed his gratitude to all his fans for their continued love and support, and thanked the management of the Al Majaz Amphitheatre for offering their prestigious platform to bring Arab artists and their patrons together.

The thrilling night came to an end with audience's interaction with the two artists, followed by autograph signings and memorable photo opportunities. 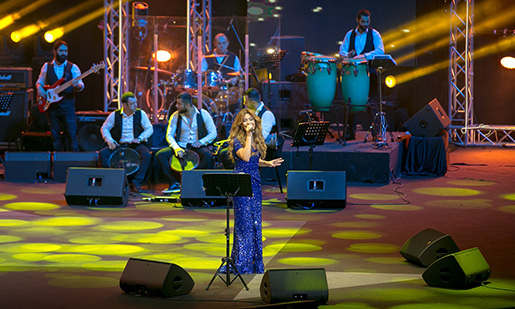 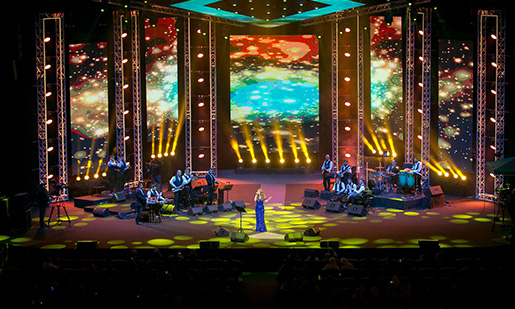 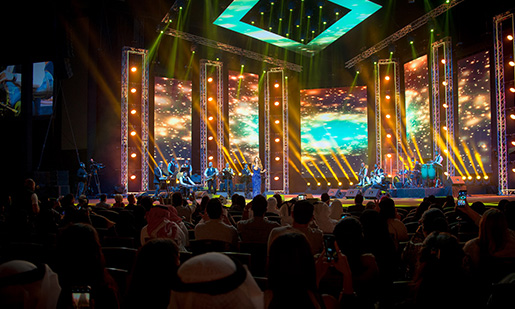 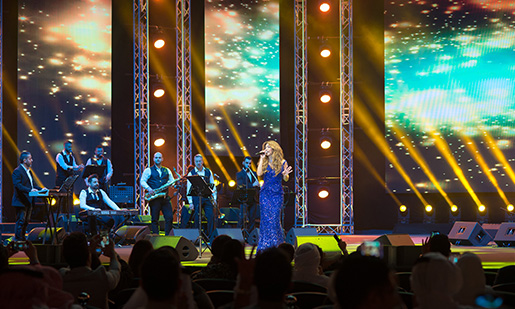 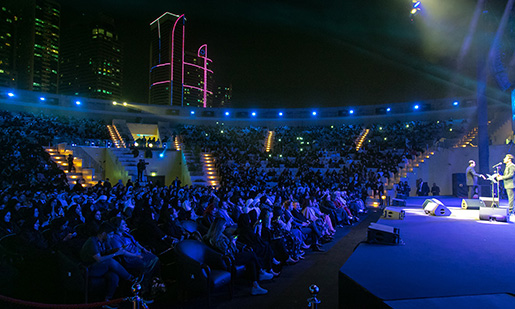 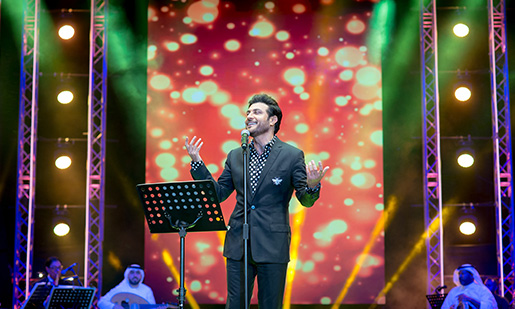 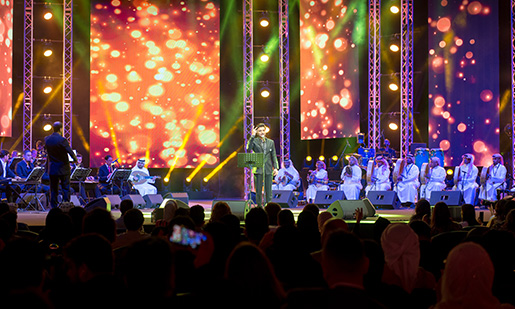 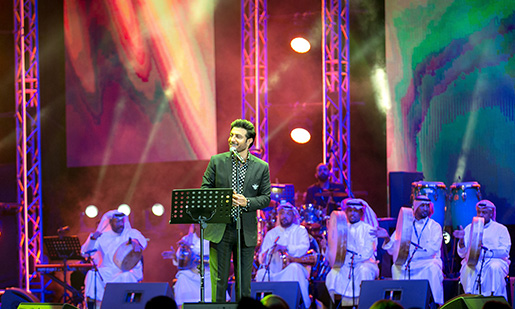 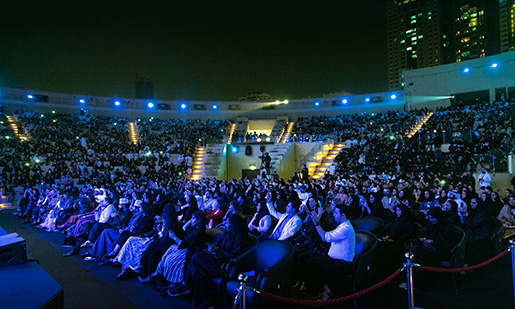 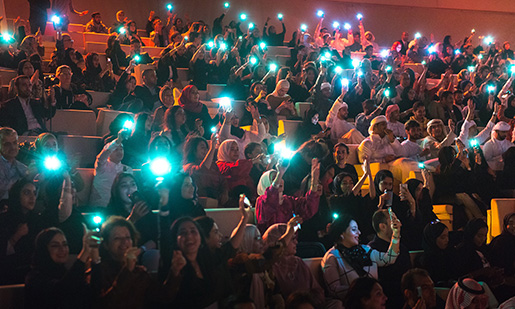