‘Sharjah’s journey reflects the vision of a wise leader who believes in the essence of humanity and knowledge as the corner stones of development’.

‘Narratives of the Place’ is a greeting from the people in Sharjah and a commitment to work hard and promote creativity’.

Curtains came down on the lavish production and immersive theatrical show, 'Narratives of the Place' (Sard Al Makan), after having mesmerised arts enthusiasts and lovers of Sharjah with its stunning scenes and elaborate settings across four days at Al Majaz Amphitheatre, Sharjah.

Organised by Sharjah Government Media Bureau (SGMB), the spectacular production celebrating the 50th anniversary of accession of His Highness Sheikh Dr. Sultan bin Muhammad Al Qasimi, Supreme Council Member and Ruler of Sharjah, concluded yesterday (Saturday, January 29). The show narrated the epic journey of growth of the emirate and its achievements over the past 50 years and showcased a vibrant range of performing arts expressions.

'Narratives of the Place' dramatically recreated the scenes of Khorfakkan’s invasion in the 16th century and depicted how its people bravely resisted and defended their homeland. It vividly showcased the story of the Ruler of Sharjah who once mortgaged his golden dagger to buy books, the perilous expeditions of the pearl divers, as well as the manifold accomplishments of the emirate which earned it the title of Unesco World Book Capital and transformed the emirate into a global hub of tourism and creativity.

HE Tariq Saeed Allay, Director General, Sharjah Government Media Bureau, said: “Sharjah’s phenomenal journey of growth reflects the vision of a wise leader who believes in the essence of humanity and knowledge as the corner stones of development. Today, 50 years later, Sharjah has emerged as the role model of a city that embraces arts, knowledge, and humanity, promotes development and growth, and is a source of inspiration for all cultures. As the ‘Narratives of the Place’ concludes, we celebrate 50 years of rule of His Highness Sheikh Dr. Sultan bin Muhammad Al Qasimi, Supreme Council Member and Ruler of Sharjah, and carry with us invaluable lessons of ambition and determination, as we enter a new era of growth and look forward to many more long years of achievements under the leadership and directives of His Highness the Ruler of Sharjah.”

“’Narratives of the Place” is a greeting from the people in Sharjah, including its residents and citizens, and is a message of love to His Highness and a commitment to work hard and promote creativity,” Allay added.

The spectacular theatrical show was witnessed by acclaimed artists, influencers, and actors from across the UAE and the Arab world including Dr. Ashraf Zaki, Head of the Representative Professions Syndicate in the Arab Republic of Egypt, Egyptian actor Rogena, media personality Dr Hala Sarhan, and Kuwaiti author Taleb Al Refai, amongst others.

The production featured international music with strong Arabic and Emirati undertones. The show included two original songs, especially written and composed for the ‘Narratives of the Place. These include the title song, ‘Sard Al Makan’, written by Emirati poet Ali Al Khawar, and ‘A Hymn to Sharjah’, written by poet Ismail Al Rifai and composed by Philippe Skaff.

The grand finale also unveiled a fabulous picture mosaic in the shape of the number ‘50’ representing the emirate’s 50 years of achievements and featured the photographs of thousands of people who have been a witness to or a partner in the cultural renaissance of Sharjah over the last five decades. 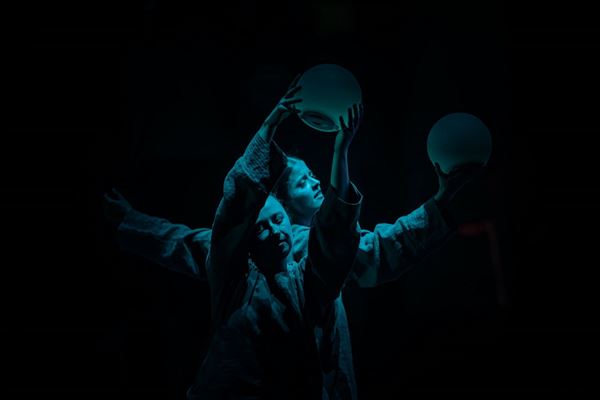 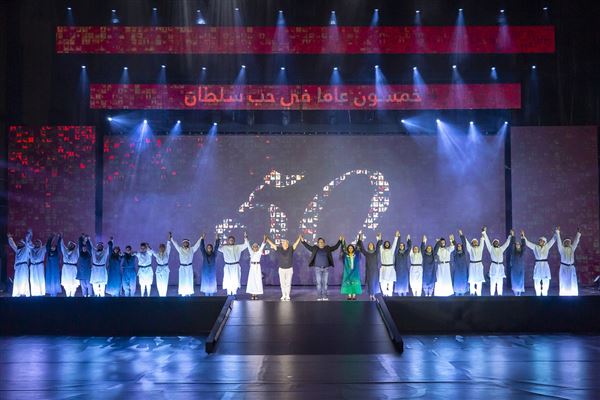 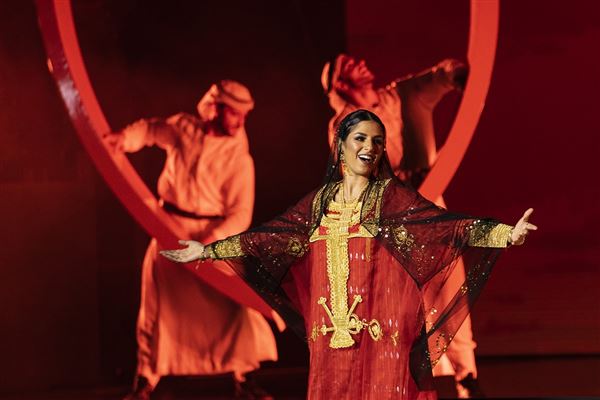 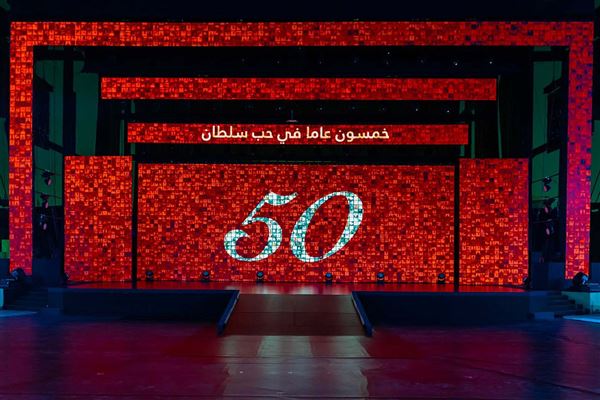 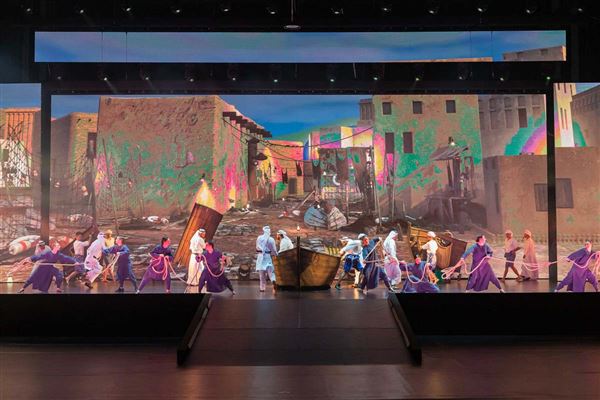 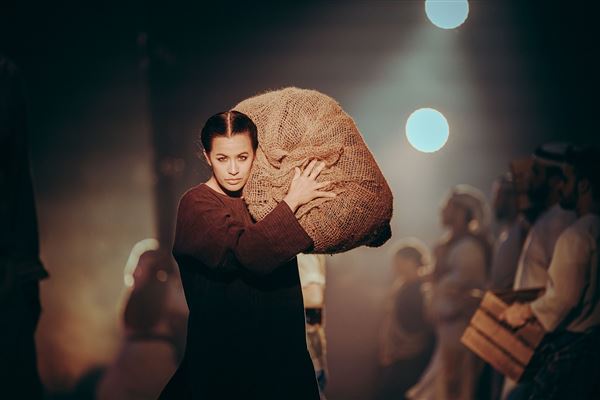