'Narratives Of The Place': Pearling Scene Leads Audiences On A Fascinating Journey Into The Depths Of The Sea

From the pristine beaches of Sharjah, the emirate’s forefathers sail into the unknown on wooden boats in search of lustrous pearls.

This scene is not merely a clip from the past; it is one of the most spectacular segments of the immersive and experiential theatrical show, Narratives of the Place (Sard Al Makan), currently being staged at Al Majaz Amphitheatre until January 29. The show, comprising 11 immersive scenes, narrates the emirate's history and its extraordinary accomplishments in celebration of the 50th anniversary of the accession of His Highness Sheikh Dr. Sultan bin Muhammad Al Qasimi, Supreme Council Member and Ruler of Sharjah.

The pearling scene is a theatrical vision of the pearl divers’ trip, and is eloquently depicted with awe-inspiring sound effects, music, and engaging choreography. The scene highlights the significance of these trips and the range of emotions including feelings of fatigue and celebration associated with the pearling season.

Apart from narrating the story of courageous pearl divers who risked their lives to seek treasures from the ocean as a means of living, the scene also captures the essence of how this skill was passed on to the younger generations and how it was kept alive over the decades.

Pearling in the past was not easy, neither was it a regular job. It was seasonal. The pearling season, which started in June and continued until the end of September was called Al Ghous Al-Kabir (the big dive season) as it offered appropriate weather conditions for diving. Through the rest of the year, there were only shorter pearling seasons – between October and November.

The profession of pearl diving, which suffered a setback during the era of cultured pearling in the mid-20th century, required teamwork, coordination, and collaboration. The crew, often as large as 30 members, were defined by titles. Nukhadha, for example, was the manager of the boat who ran the entire pearling operation.

Sardal was the captain of the ship and an expert navigator, the divers were responsible for hunting oysters and were assisted by Seib, the man in charge of the ropes used to lower and pull up divers when signaled. Tabbabs, usually 10-14-year-olds, helped the Seib pull up the divers.

No pearling ship set sail without a Naham, the man who entertained the crew with songs and poetry during the long months at sea, these songs of love, hope, and yearning motivated and inspired the crew to endure the hardships of the journey that lasted several weeks.

On land, the loved ones of the divers and their families, sang special songs too as they prayed for their protection and safe return.

Today, the pearl diving tools are showcased in many heritage museums in Sharjah, including the Sharjah Maritime Museum, which was established in 2003 to offer insights into the adventurous world of pearling. The items on display include Dean, a woven bag worn around the neck of divers to hold the oysters collected; Zubail, a rope tied to a stone weight and attached to the diver's leg, enabling him to sink to the seafloor; and Yada, the rope held by the Seib to pull the diver up.

Through stunning imagery and dramatic storytelling, ‘Narratives of the Place’ immerses the audience in the art of pearling and other cultural traditions that have defined and shaped the emirate of Sharjah over the centuries. 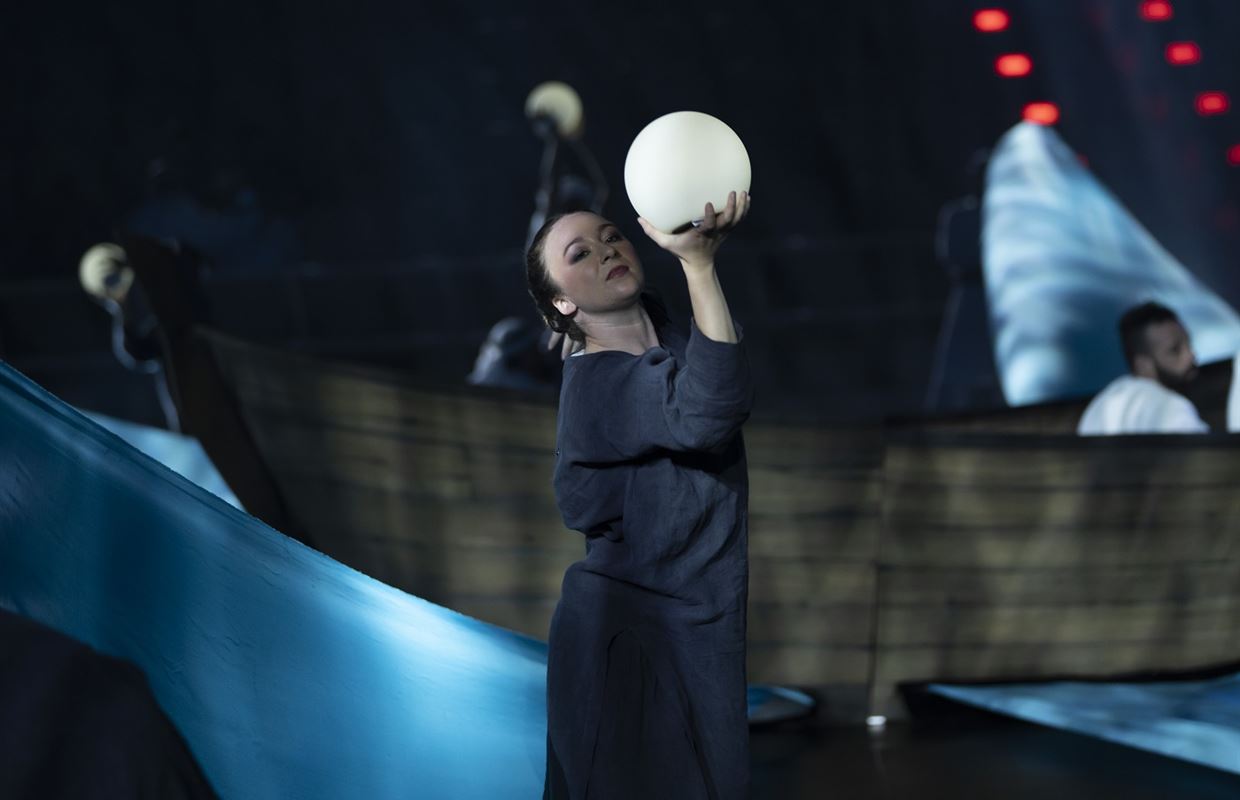 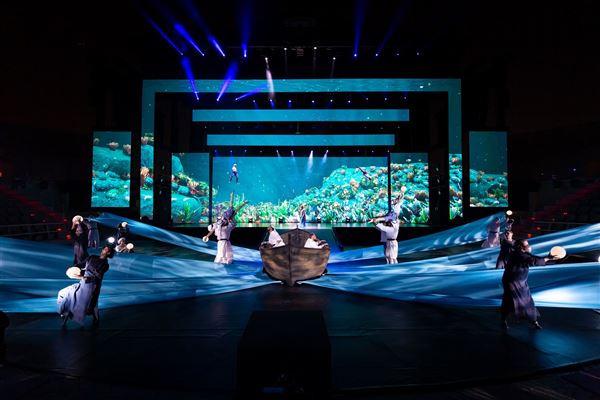 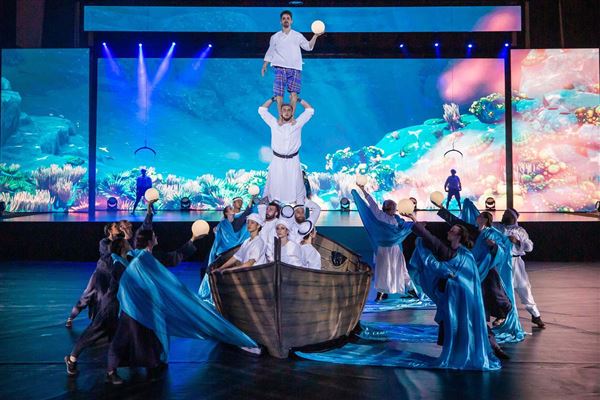 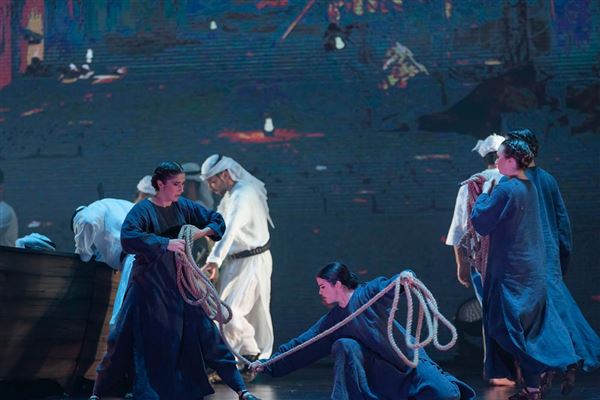 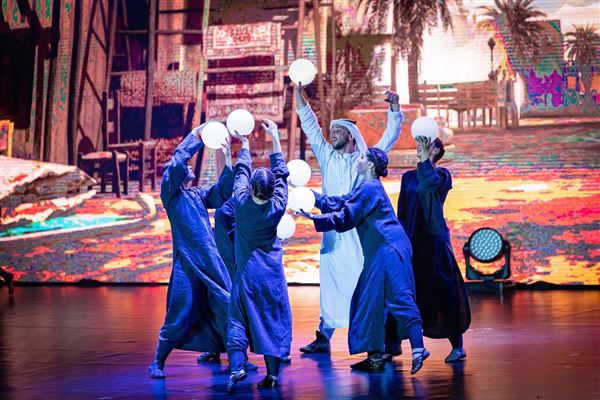 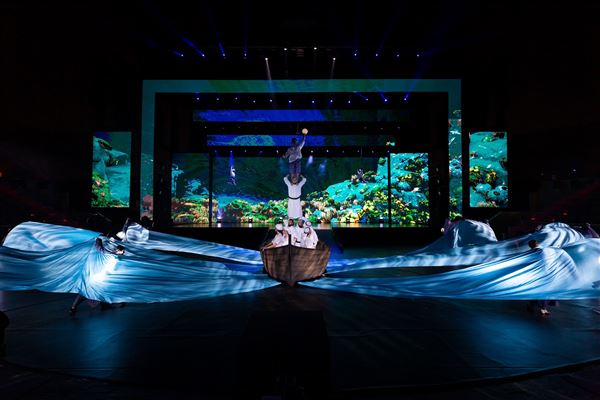