Al Majaz Amphitheatre, the sought-after destination for concerts and cultural events in Sharjah, kicked off its Eid Al-Fitr celebrations in style with a live performance by Emirati superstar Mohamed Al Shehhi yesterday (Monday), despite challenges posed by the Coronavirus (COVID-19) pandemic. Shehhi’s concert, part of a three-concert series specially planned for Eid Al-Fitr, was held at Al Majaz Amphitheatre and was broadcast live on its social media channels.

Fans crowded balconies in buildings across Al Majaz Amphitheatre to listen to the Emirati superstar as he began his performance with Khaleik bel beit, a song conveying a message of awareness for residents to abide by the country’s precautionary measures to combat the Coronavirus pandemic.

The young singer went on to pay homage to His Highness Sheikh Mohammed bin Zayed Al Nahyan, Crown Prince of Abu Dhabi and Deputy Supreme Commander of the UAE Armed Forces, with the song Shabeih Zayed.

Enthused by the enthusiastic response of his fans in the balconies as well as viewers on social media to his next song Kashf Al Mahaba, Al Shehhi continued his mesmerising performance with the hit Hayati, followed by the Moroccan beat-inspired Kabeedeh, from his 2017 album Mamnou. He finished the set with Ayashn Maqlab.

Responding to a large number of requests from listeners online, Al Shehhi performed a selection of his most-loved songs including Ana Monkaser, Sakat Anak, and Daye Tariqi. He ended his enthralling live performance with the hit, Radar Al Wafa.

At the beginning of the concert, Al Shehhi greeted his fans who had gathered in the nearby buildings to listen to him live and conveyed his Eid Al-Fitr wishes as well as his hope for an end to the Coronavirus pandemic. He also greeted and congratulated the country’s wise leaders and their families.

Al Shehhi expressed his warm wishes and gratitude to His Highness Sheikh Dr. Sultan bin Muhammad Al Qasimi, Supreme Council Member and Ruler of Sharjah, for his efforts in making the emirate of Sharjah a beacon of knowledge and a repository for the arts. He also thanked Al Majaz Amphitheatre for bringing artists and their fans together despite the hurdles posed by these trying times, while adhering to the strictest precautionary measures. The superstar also expressed his joy in performing on the Al Majaz Amphitheatre stage. 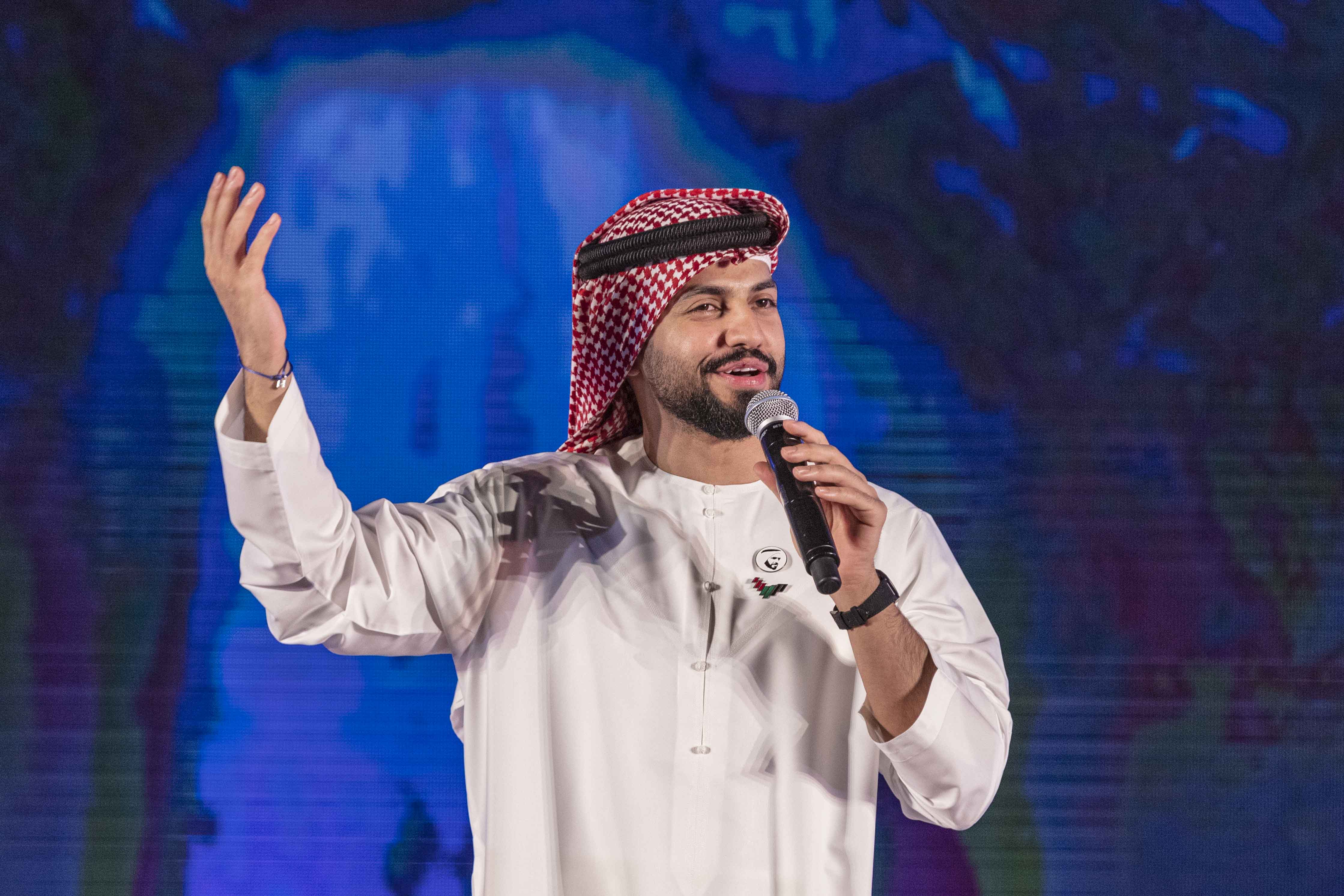 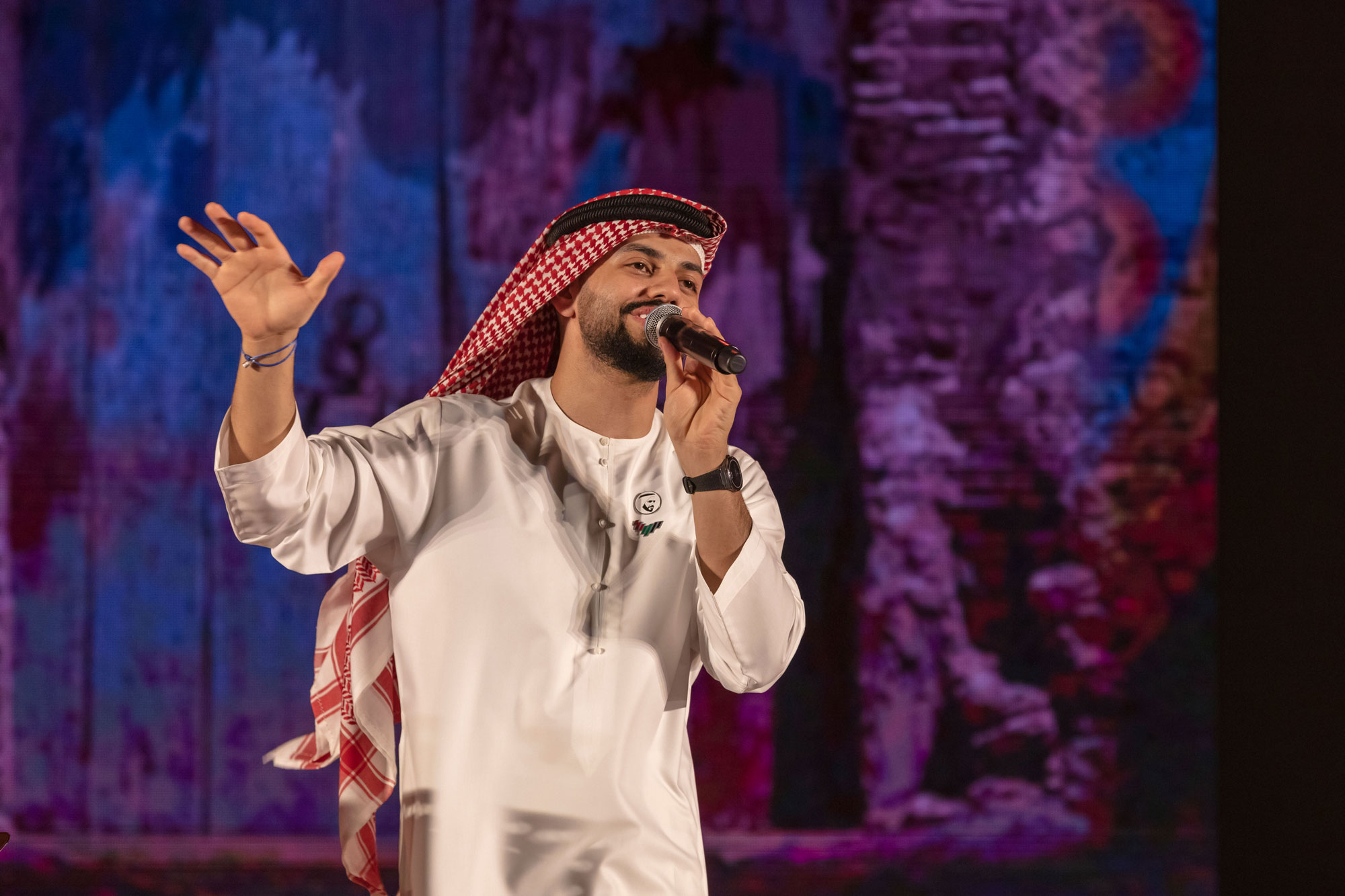 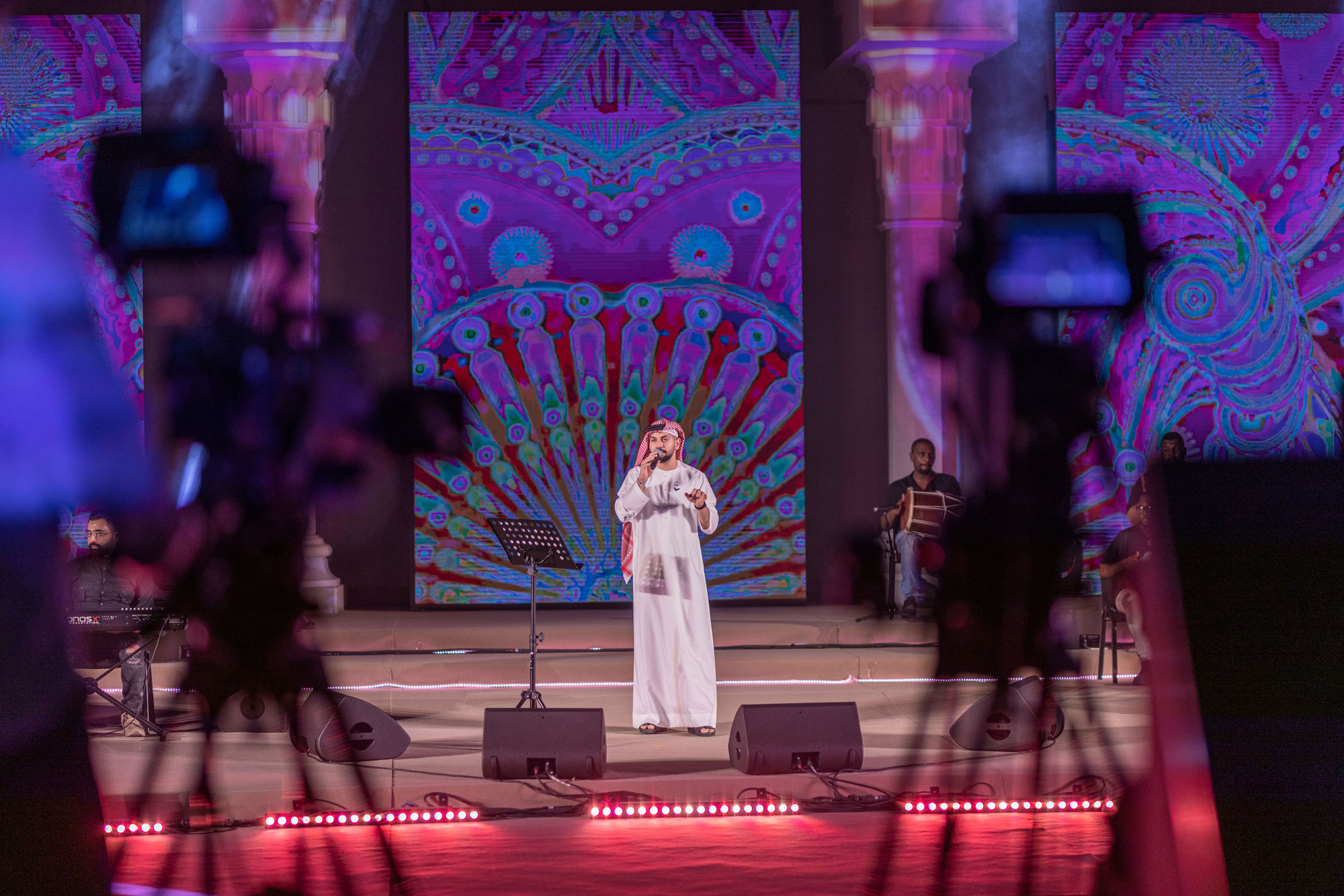 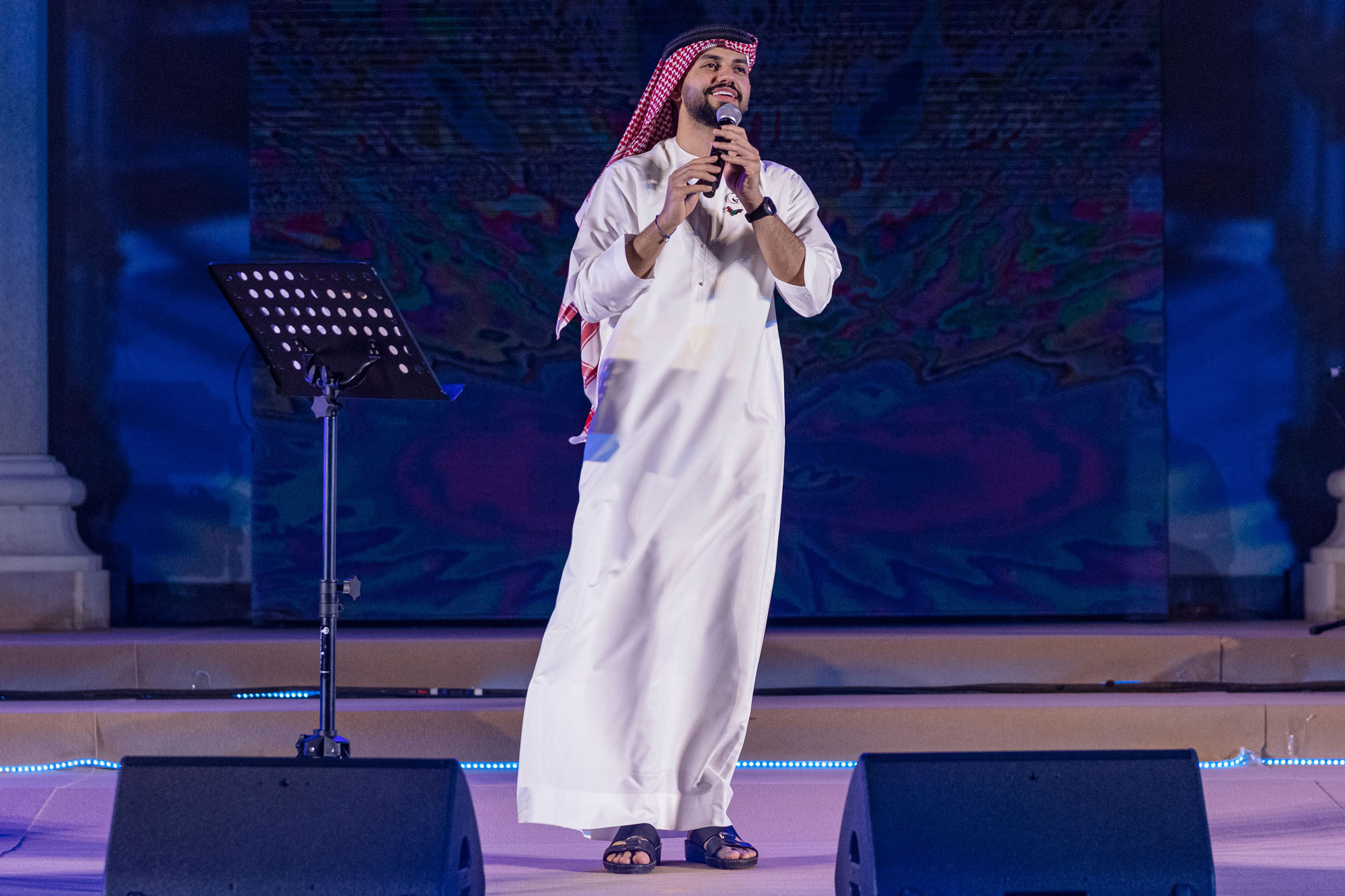 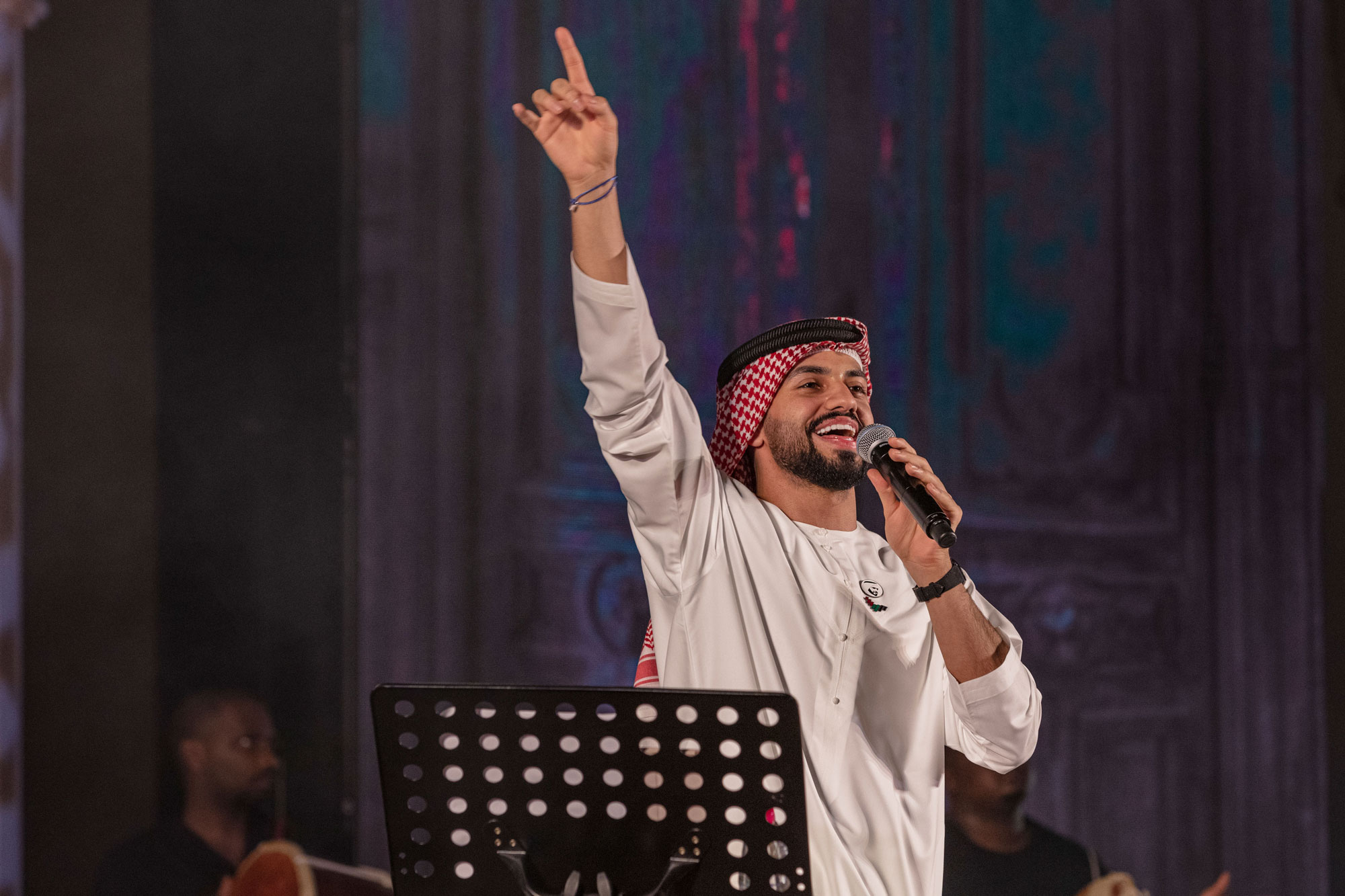 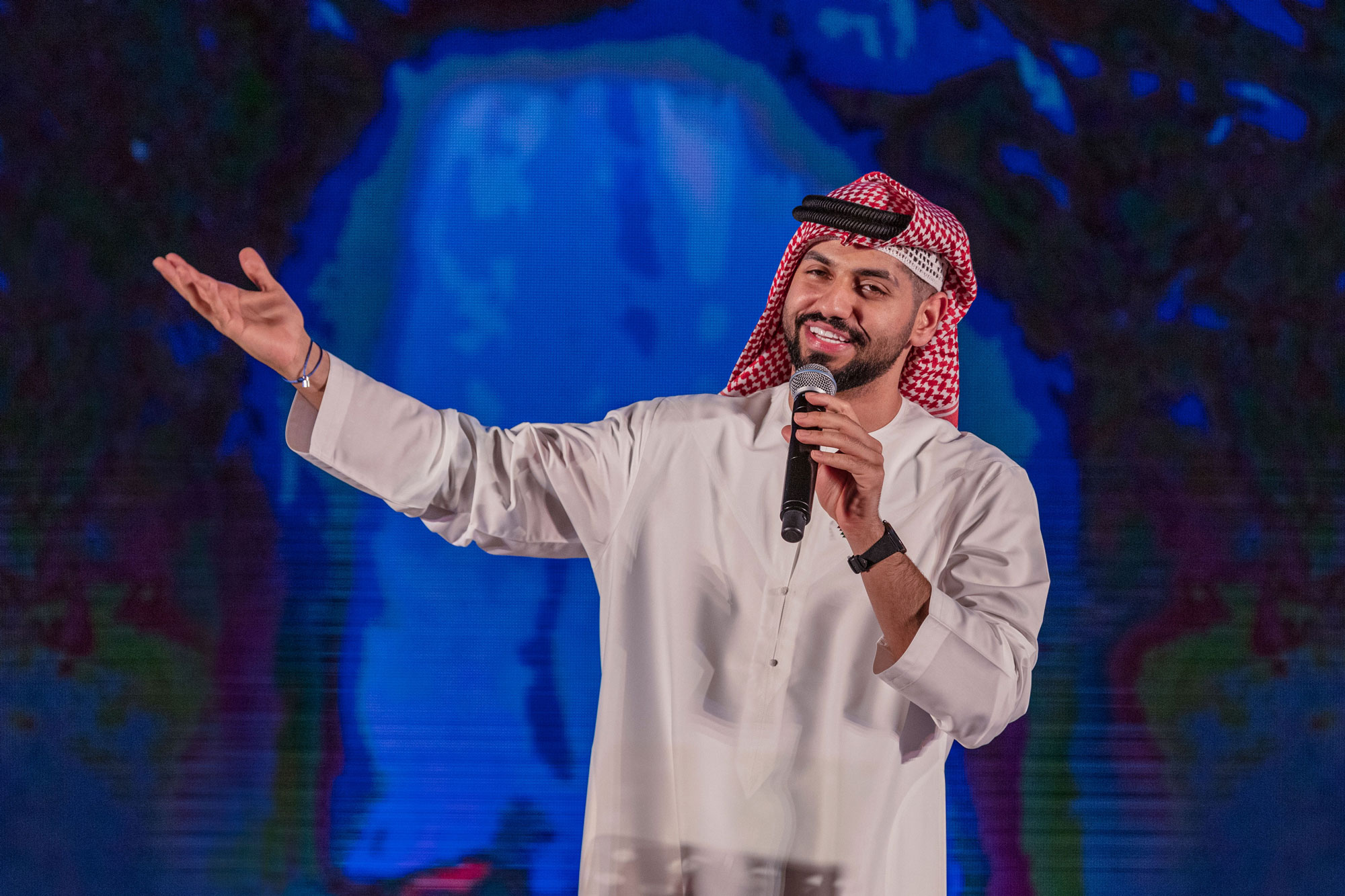