The 2020 season of Al Majaz Amphitheatre’s #letsmajaz witnessed a spellbinding pair of performances by Marcel Khalife and Souad Massi. The two musical stalwarts from Lebanon and Algeria, respectively, swept the enthusiastic crowds off their feet with a live performance packed with the region’s musical heart and soul.

The concert marked the 79th birth anniversary of award-winning poet and author, Mahmoud Darwish, who was famously hailed as Palestine’s national poet.

Algerian singer-songwriter, Massi, delivered her first Sharjah concert on Friday 13th March 2020. She opened with the song ‘Oumniya’ from her eponymous new album, which was released last November. Her eloquence and uncompromising flair in dealing with themes of love and betrayal were lapped by fans as she presented new renditions of her songs, ‘Hayati’ followed by ‘Deb’. Souad picked up rhythm and tempo in the song ‘Kol Youm’, which she furthered singing ‘Pays Natale’ in French, touching listeners with the song’s literary and social discourse of pain and exile.

Massi continued to enthrall her fans audience with a repertoire of Algerian folk songs like ‘Talat Ala Al Beer’ and ‘Theghri’ – a call for unity in the Berber language. Penned by Souad’s mother, this was the first time in 17 years since “Theghri” was released in her album Deb, that she performed it live. Massi also performed ‘Ýa Kalbi’, followed by ‘Dar DJiddi’ dedicated to her grandfather, before going on to ‘Salam’, which she sang in Egyptian dialect, and followed it with ‘Nwaseek Ya Kalbi’. The Arab rock stalwart and her band led by Rabeh Khalifa brought the audience to their feet with her final performance of the evening, ‘Ya Raoui’.

Massi and her band thanked the Al Majaz Amphitheatre management for offering her a world-class platform in Sharjah to connect with her UAE and Arab fans and for the opportunity to popularise Algerian folklore and musical heritage.

Marcel Khalife opens performance with an ode to his friend, the late Mahmoud Darwish

The Lebanese Oud maestro returned to the Al Majaz Amphitheatre stage on Friday 13th March 2020, after four years, starting his set with ‘Oumi Tla3i 3al Bal’ – originally a poem by renowned Lebanese poet Talal Haydar, and then a rich tribute to his friend, the late Darwish, by describing how his works had a strong influence in shaping Khalifa’s musical career.

Marcel’s homage to Darwish continued with a soulful rendition of his hit patriotic song ‘Rital Wal Bunduqiya’, which is based on one of works of the late poet. The legendary singer continued to be cheered on by his audience with other patriotic numbers including ‘Montasib Al Kamati Amshi’ – a poem by the late Palestinian poet Samih Al Qassim, which embodies the Palestinian spirit of fighting oppression with dignity while longing for peace.

Hailed as the ‘Dylan of the Middle East’, Khalife was quick to change the mood in the amphitheatre from patriotism to romance, with ‘Tango for My Lover’s Eyes’. The artistic quality of the evening reached for the skies next as Souad took to stage to recite Darwish’s poem ‘Ajmal Hob’ in her evocative voice, which was accompanied by Marcel’s masterful oud playing. The audiences were rapt.

The spectacular evening continued with Marcel performing Talal Haydar’s masterpiece ‘Rakwet 3arab’, and reached its emotional climax as Marcel’s son, Rami Khalife, performed a tribute for his country ‘Requiem for Beirut’. Up next was an all-Marcel performance – Mahmoud Darwish’s most celebrated poem ‘Ahinnu ila Khubz Ummi’ – played out on the legend’s oud and sung in his soul stirring voice. Khalife was seen wrapping up a memorable evening of classical tunes with the Lebanese politician Maarouf Saad’s masterpiece, ‘Ya Bahriyyeh’.

Khalife ended the night by expressing his delight in returning to Sharjah and the Al Majaz Amphitheatre and performing once again for his fans. 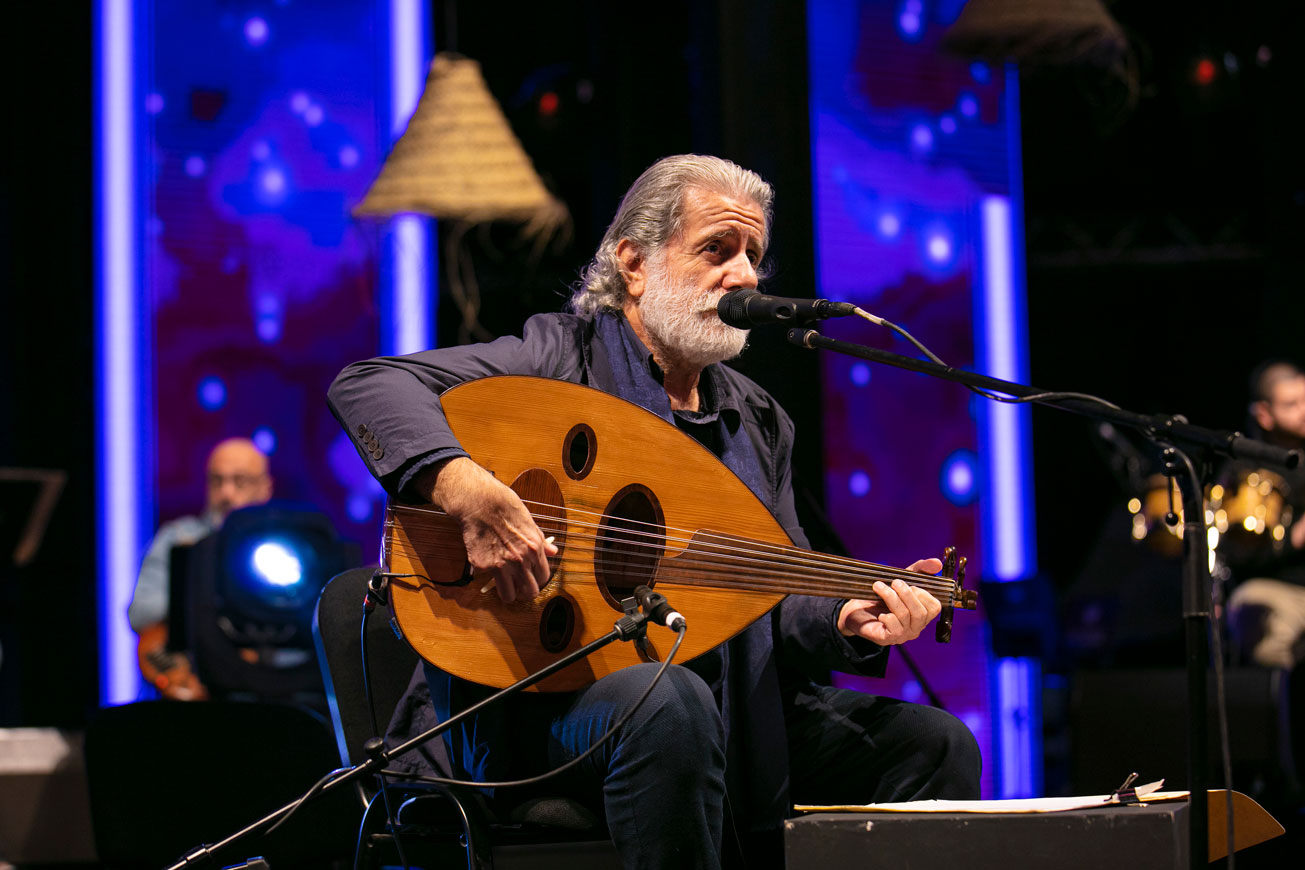 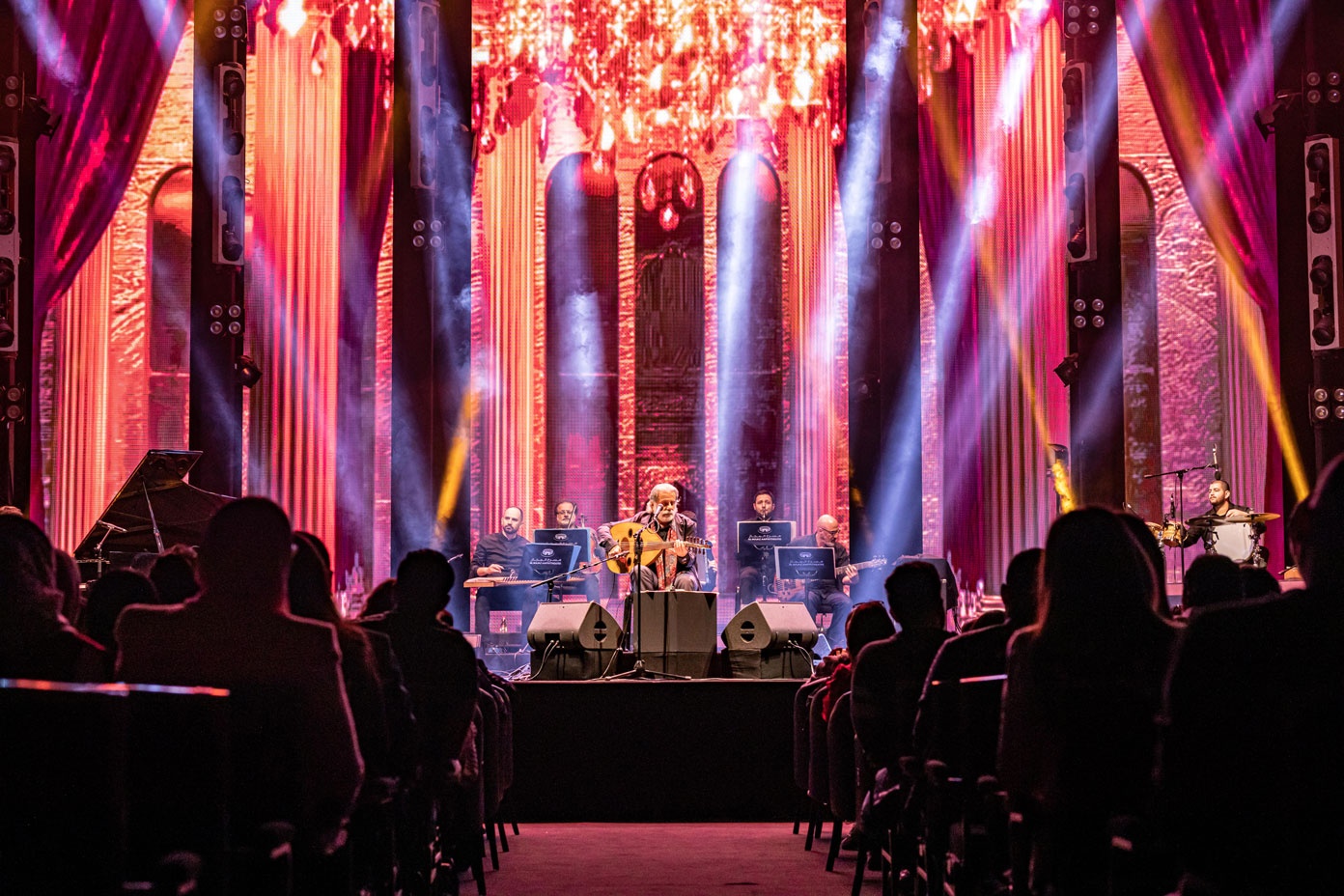 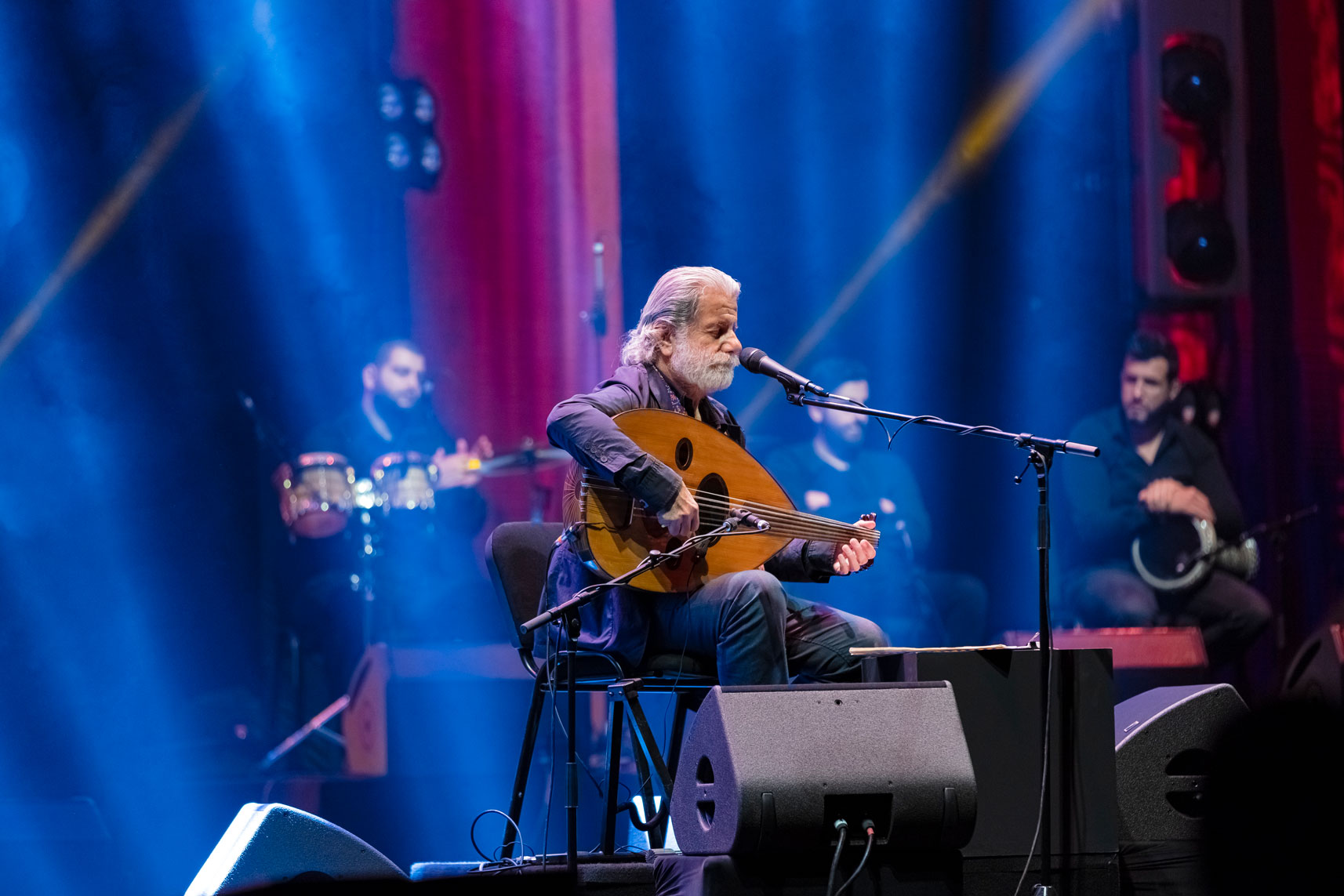 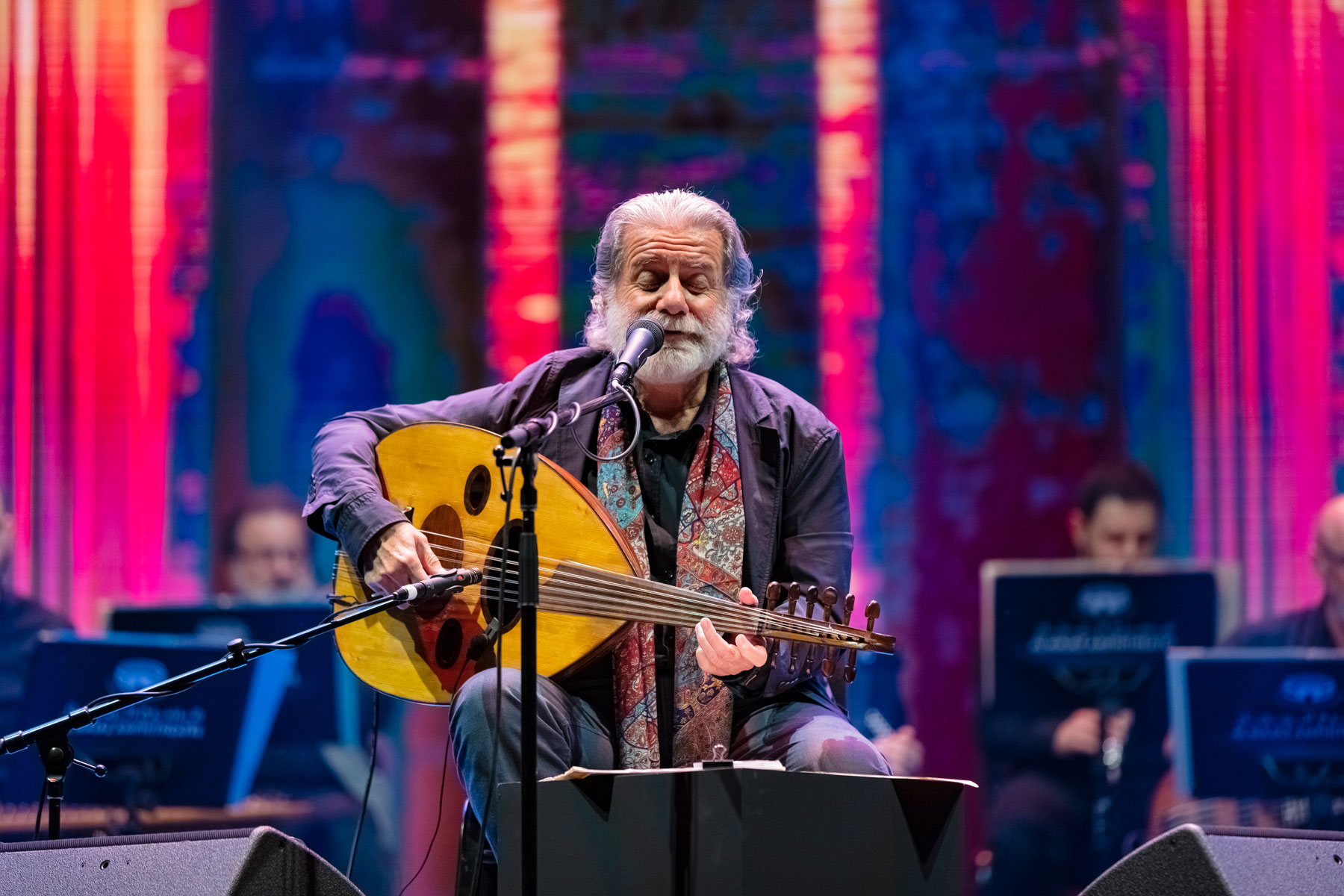 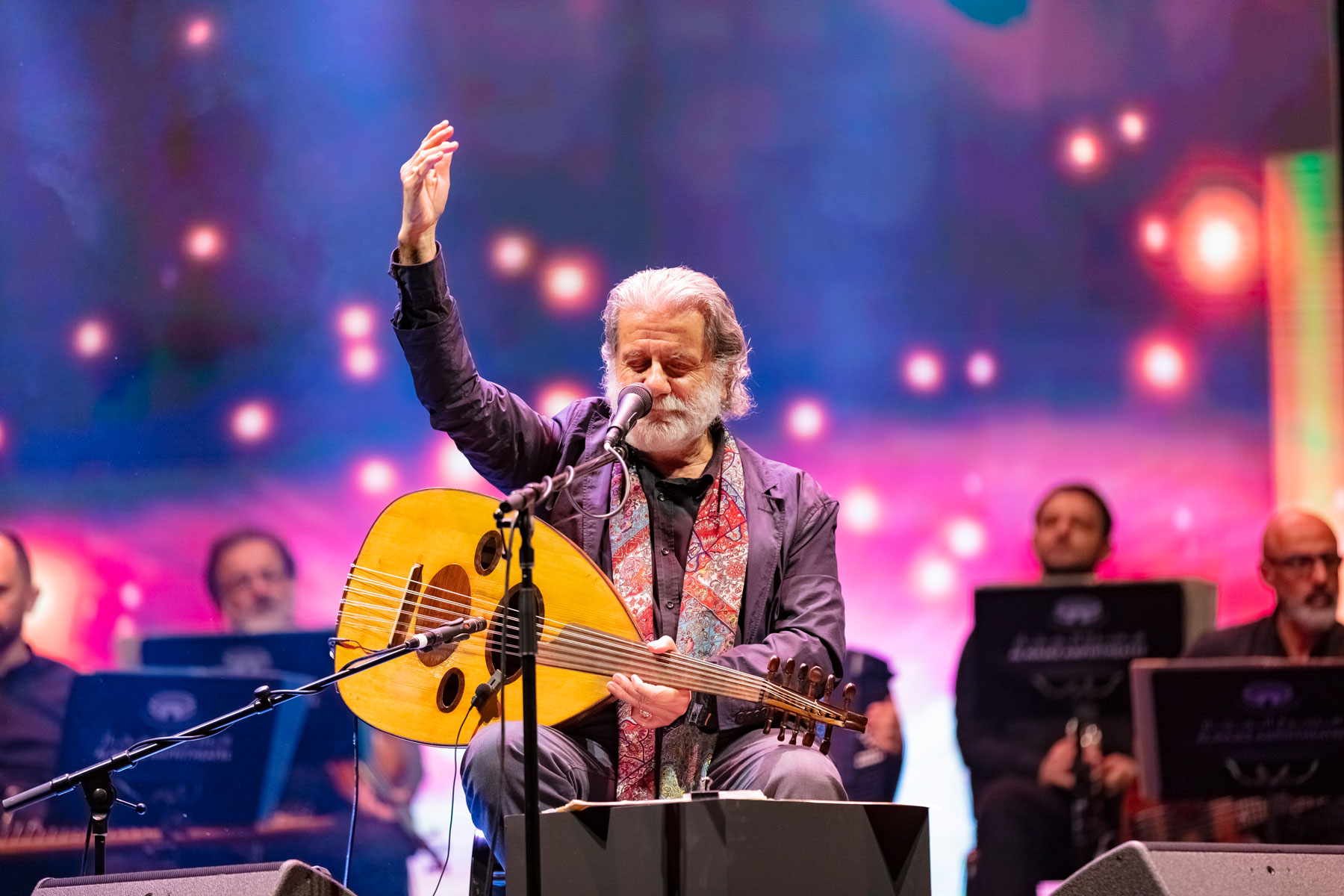 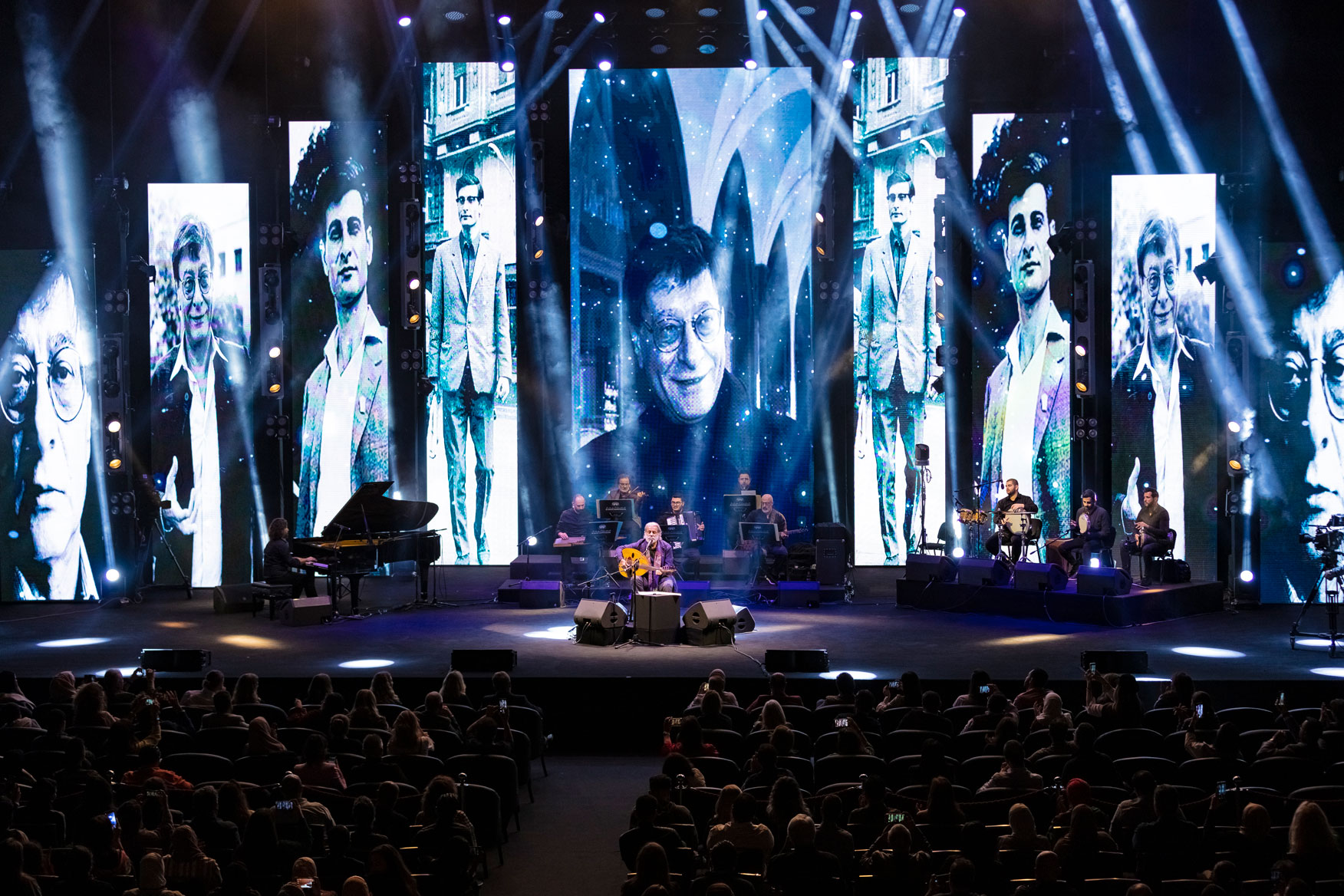 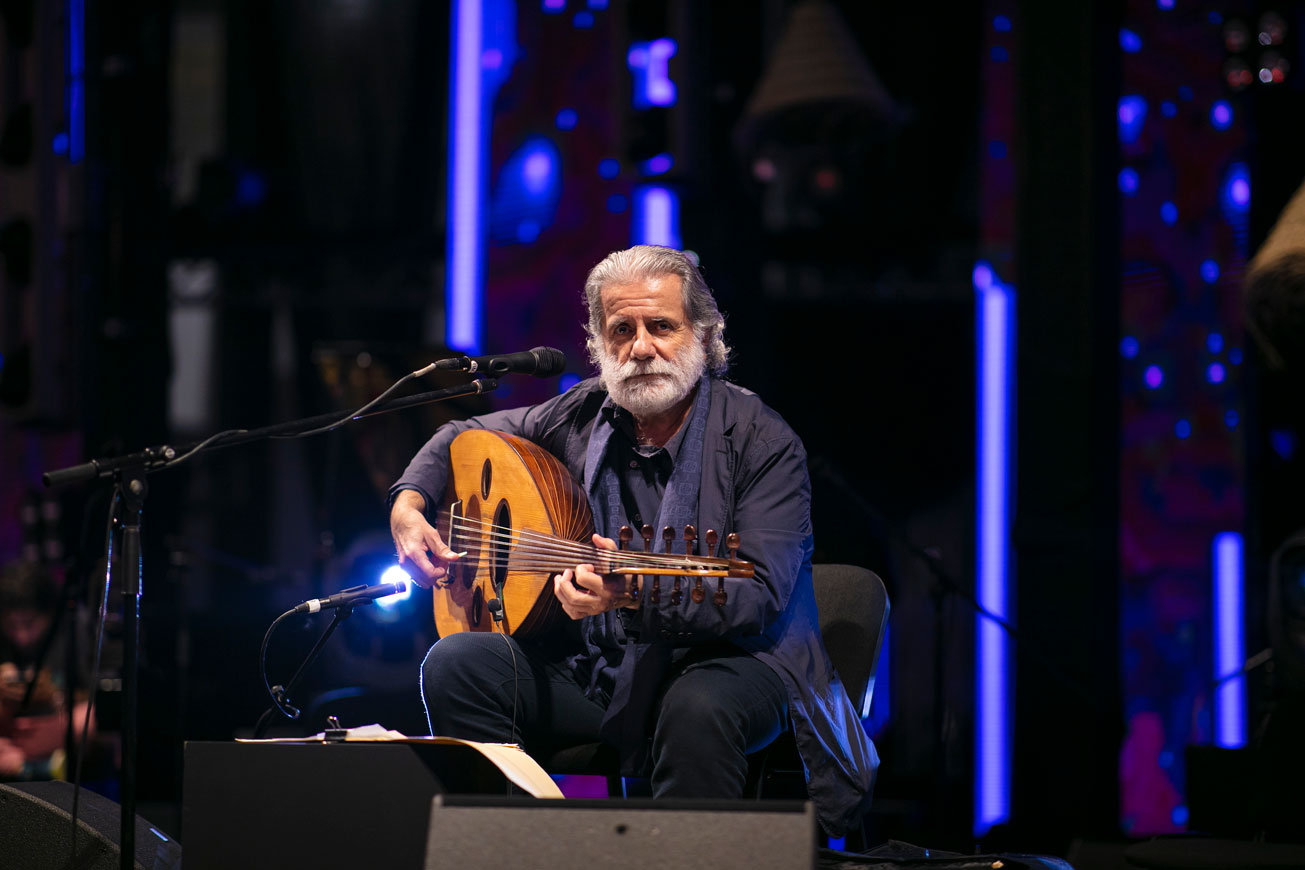 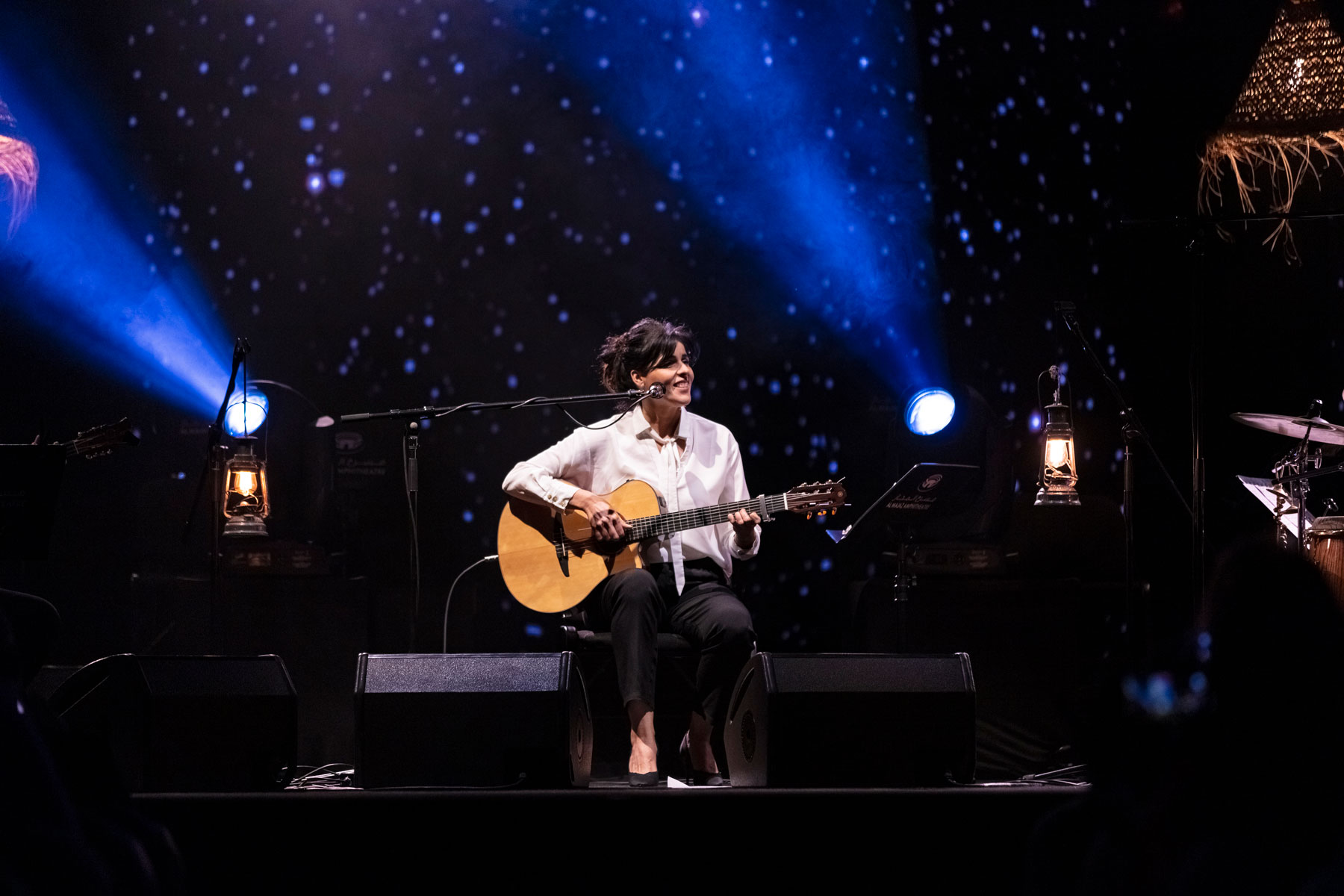 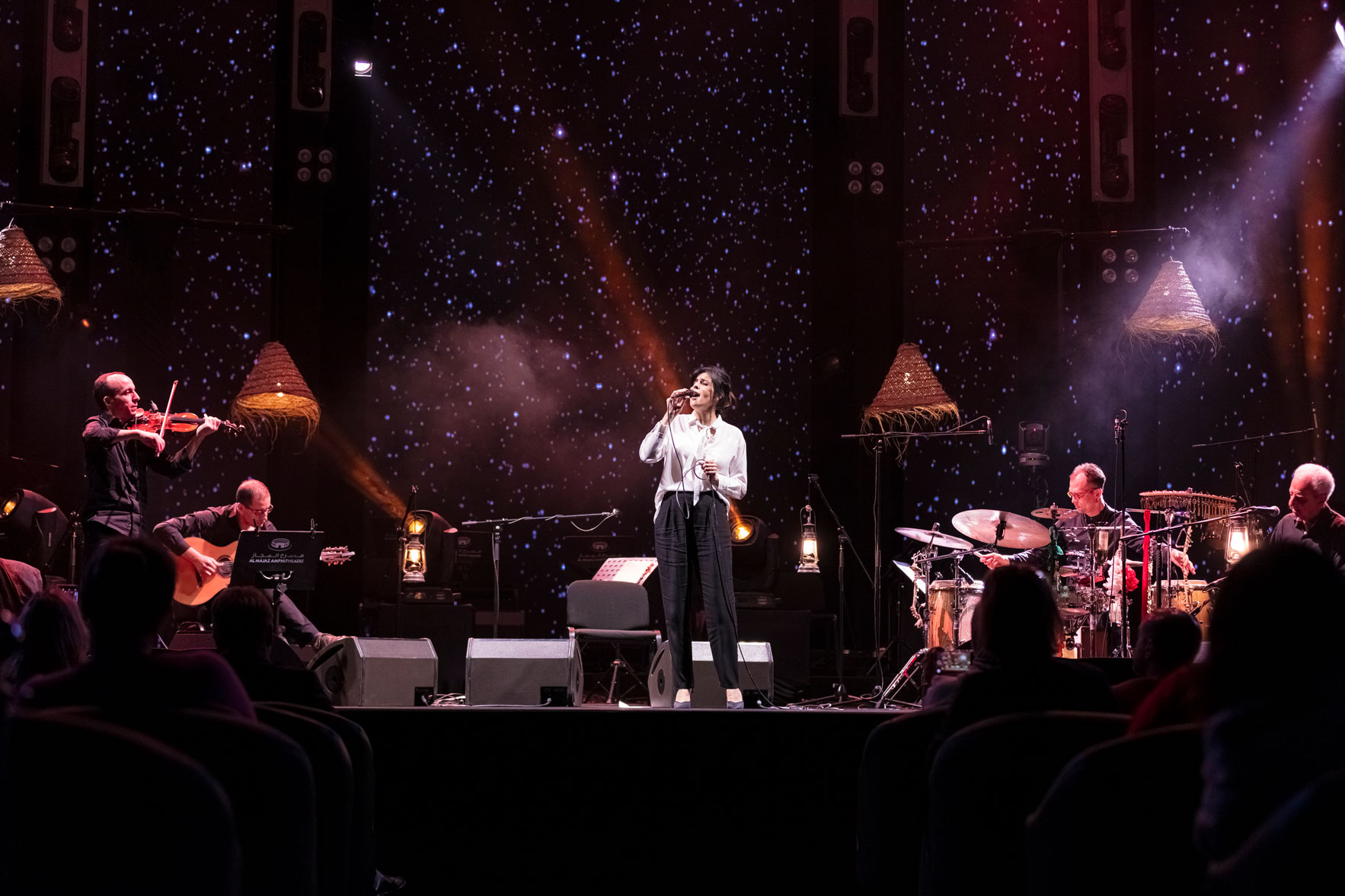 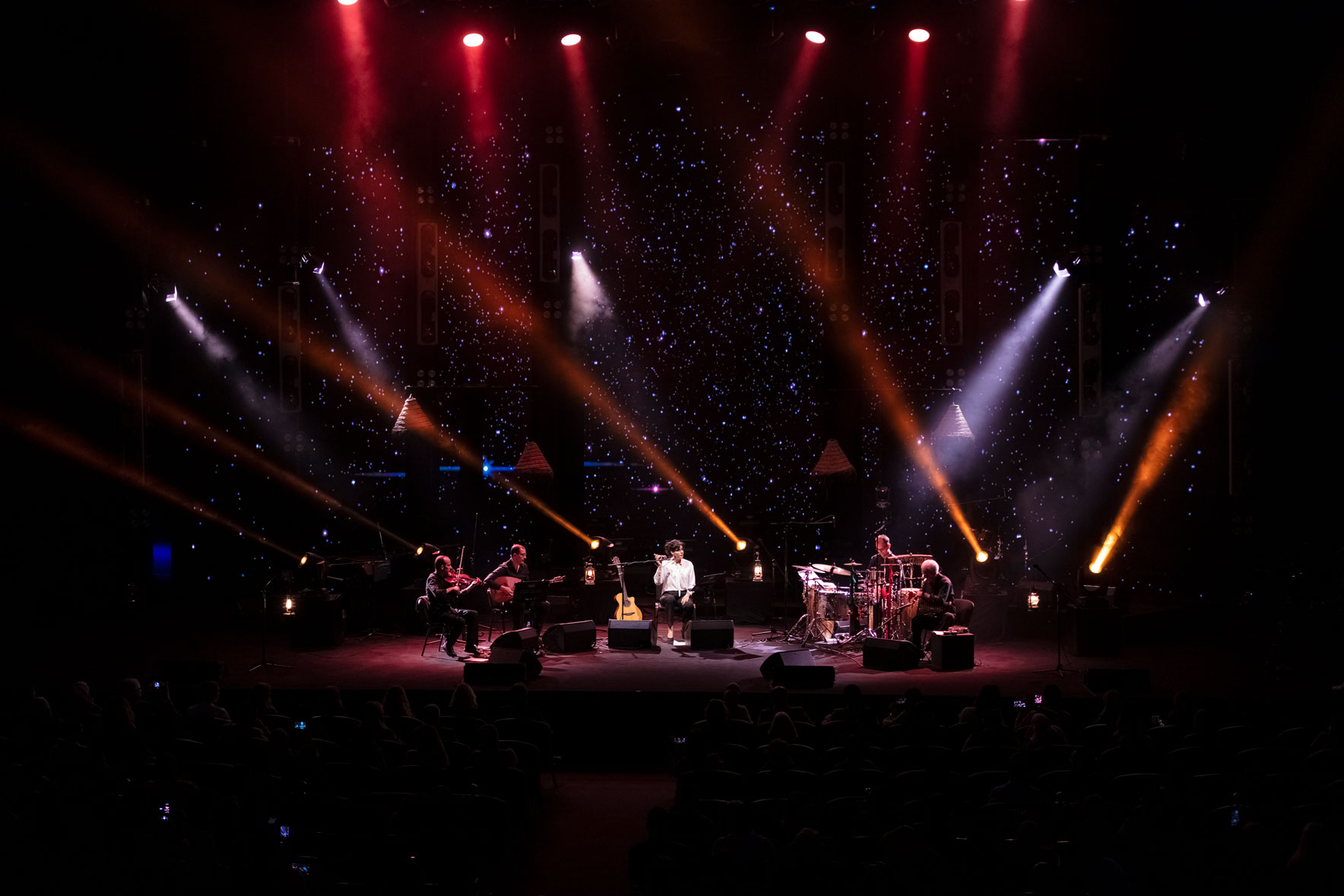 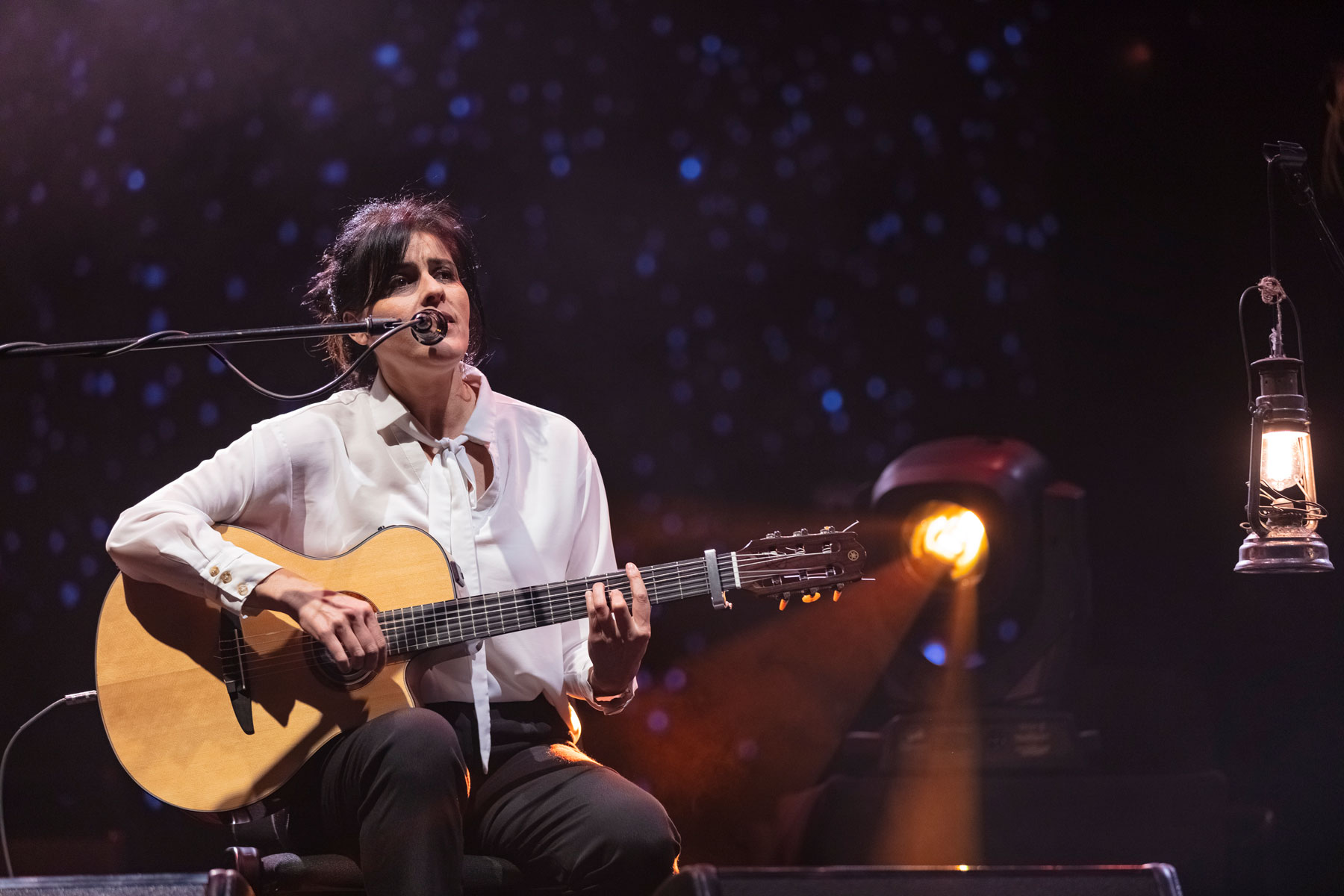