As part of the new season of #letsmajaz being held remotely this year (2020), Al Majaz Amphitheatre, Sharjah’s world-class destination for prestigious cultural events and concerts, hosted the iconic Iraqi singer Hatem Al Iraqi, who entertained his fans with a collection of his most popular hits at the second of the three concert series specially arranged for Eid Al-Fitr.

The concert which was broadcast live on Al Majaz Amphitheatre’s social media accounts to abide by the precautionary measures taken by UAE to curb the spread of the Coronavirus (COVID-19) pandemic, drew unprecedented viewership, with 30,000 eyeballs on Facebook alone. More than 7,000 fans on YouTube and another 5,000 on Al Majaz’s Instagram account ensured that Al Iraqi’s concert was an enormous success. Those who were lucky enough to gain space in the balconies and windows of the buildings on the Sharjah Corniche near Al Majaz Amphitheatre, enjoyed the concert live.

The Iraqi singer began with his hit Ahebkum (I Love You) from his album released in 2001, followed by his most-loved numbers such as Ahebak Laou Yektaouni, Ashhad ya Zamani, Dectori and many other traditional Iraqi songs, performed with the band led by maestro Haitham Sadoun.

Al Iraqi had his fans cheering wildly while he performed some of the biggest hits of his career such as Azal Mahboub, and Lo bidi, Muhajir, among others.

Hatem Al Iraqi conveyed his warm wishes to the audience on Eid Al-Fitr and commended the efforts to make Sharjah a beacon of arts and culture. He also thanked Al Majaz Amphitheatre for its efforts to bring together artists and their fans in these unprecedented circumstances. He added that this audience deserved love and happiness. 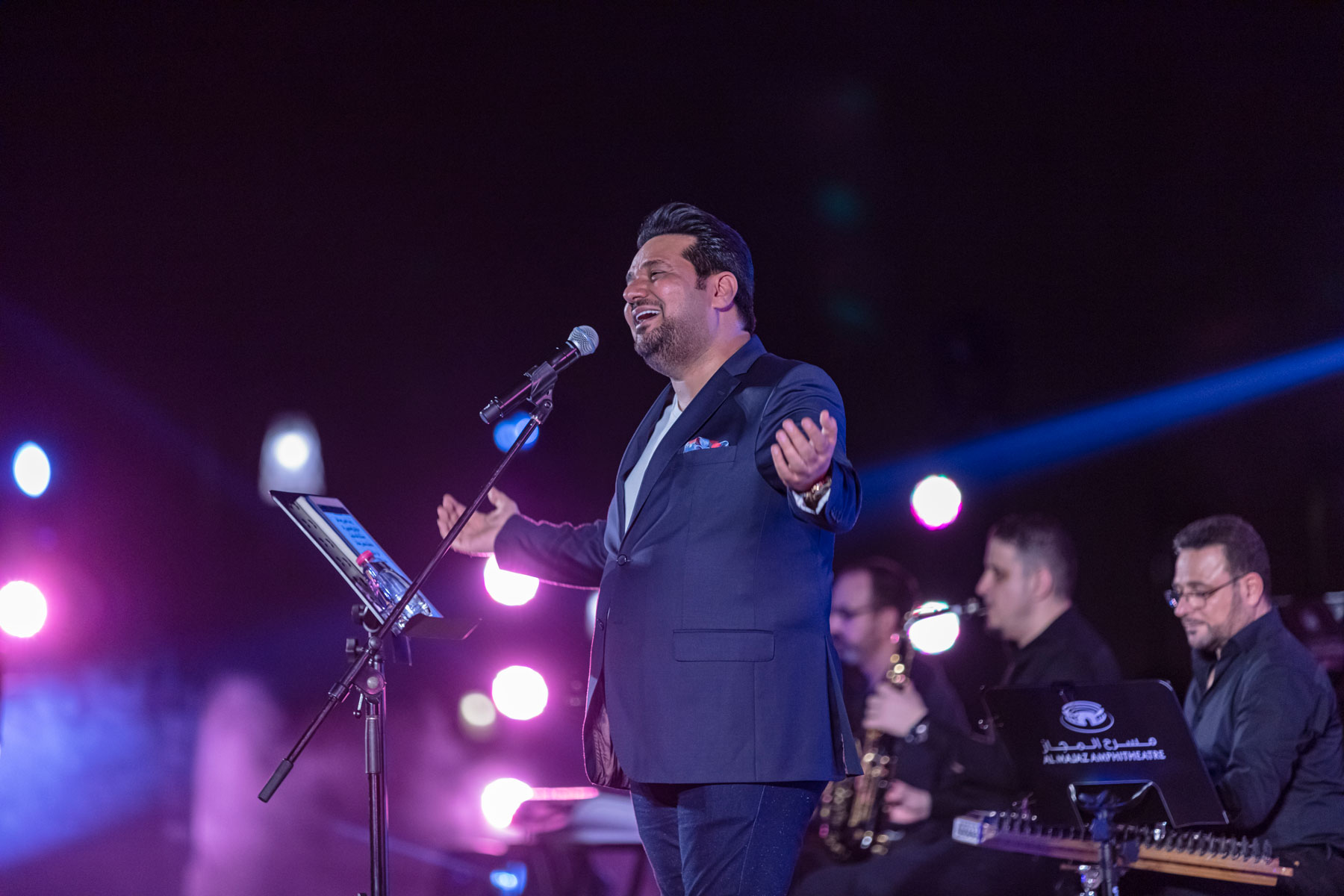 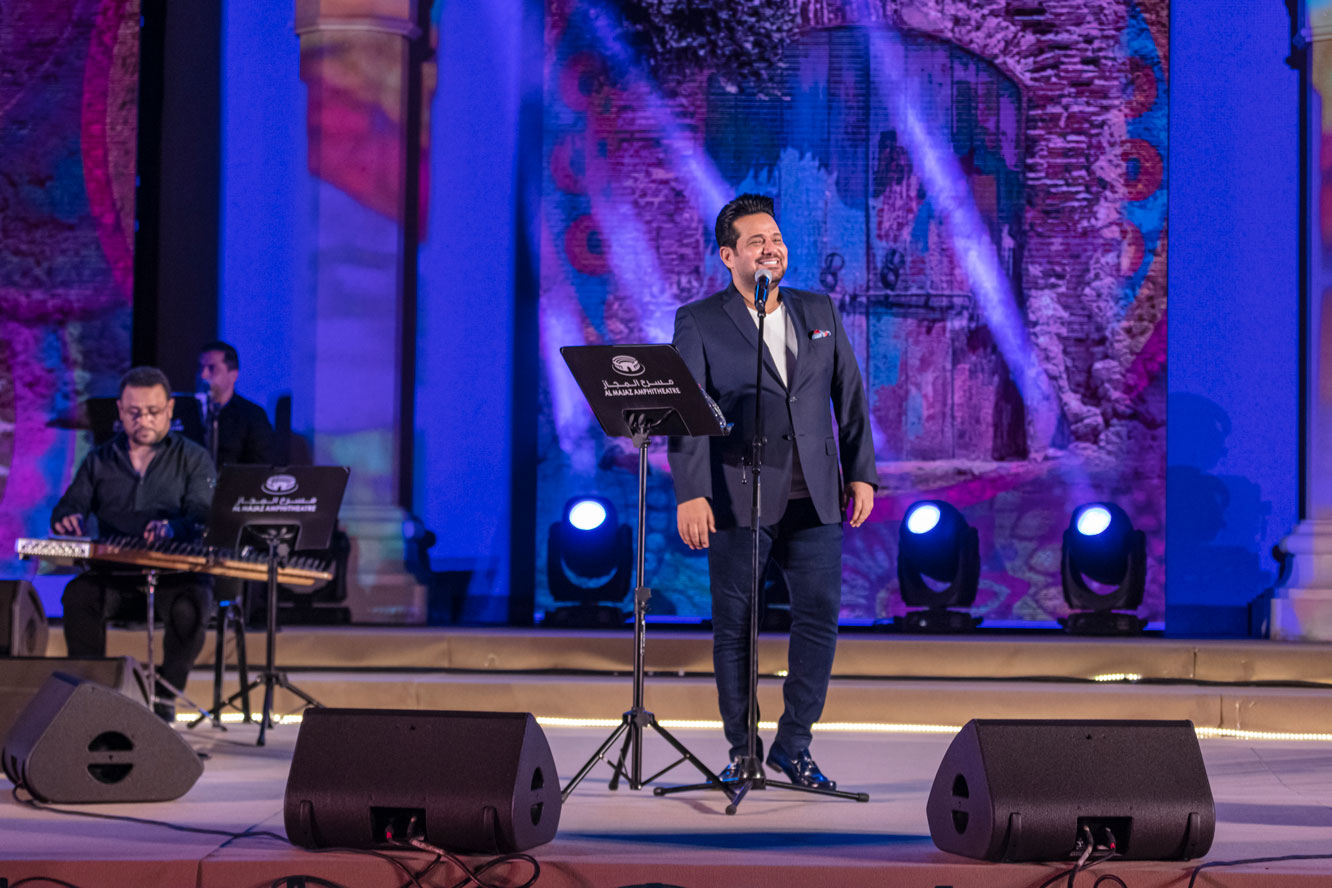 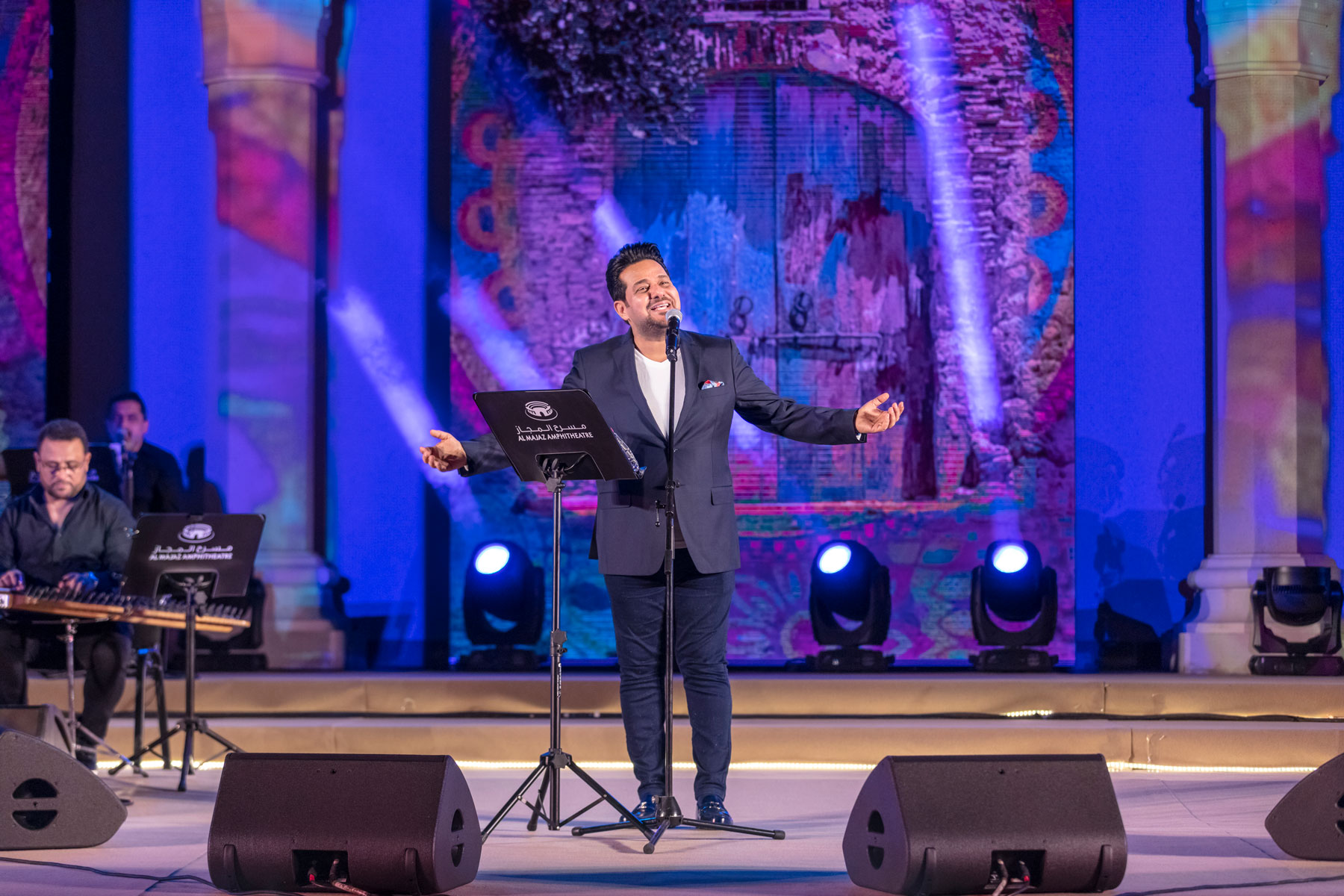 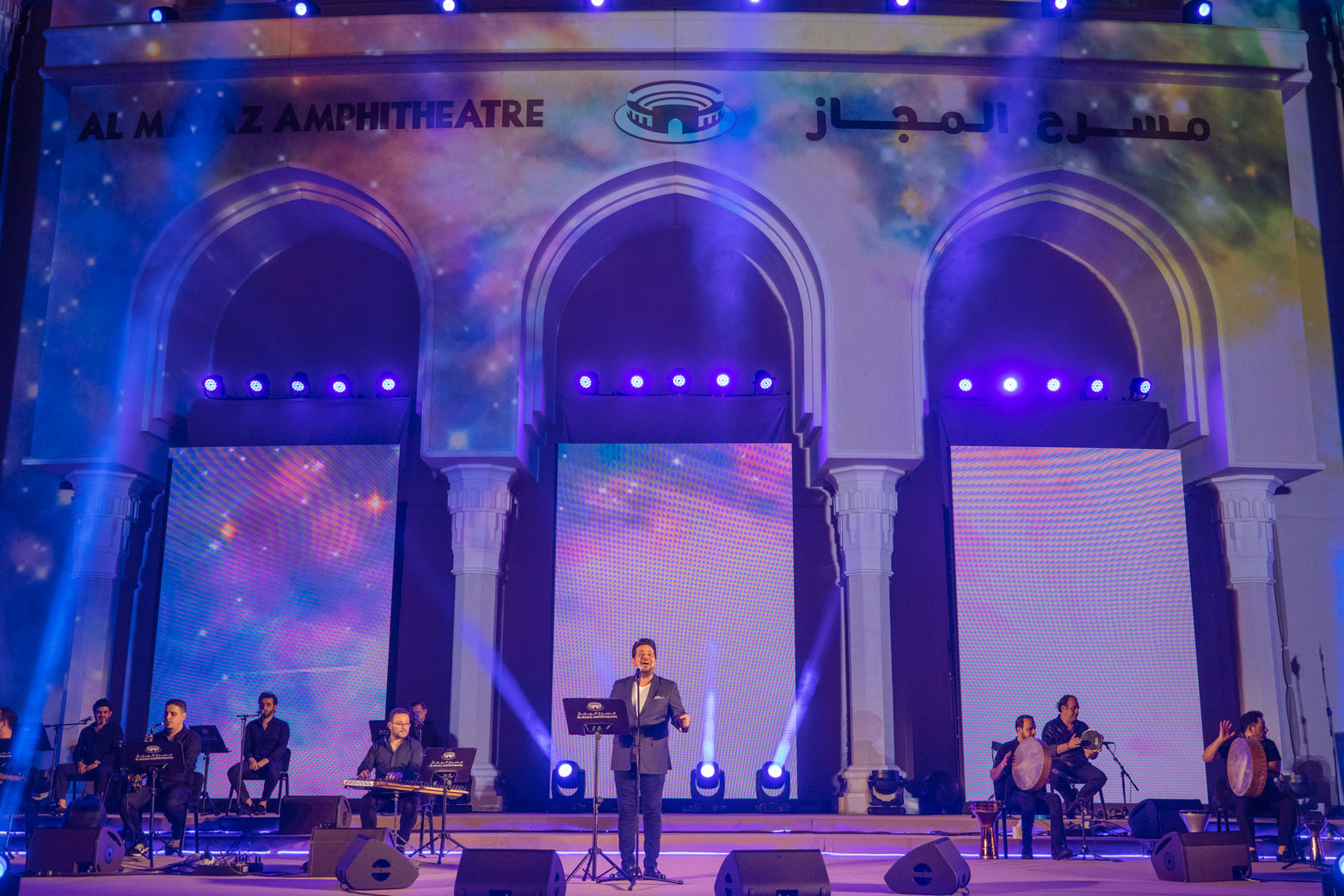 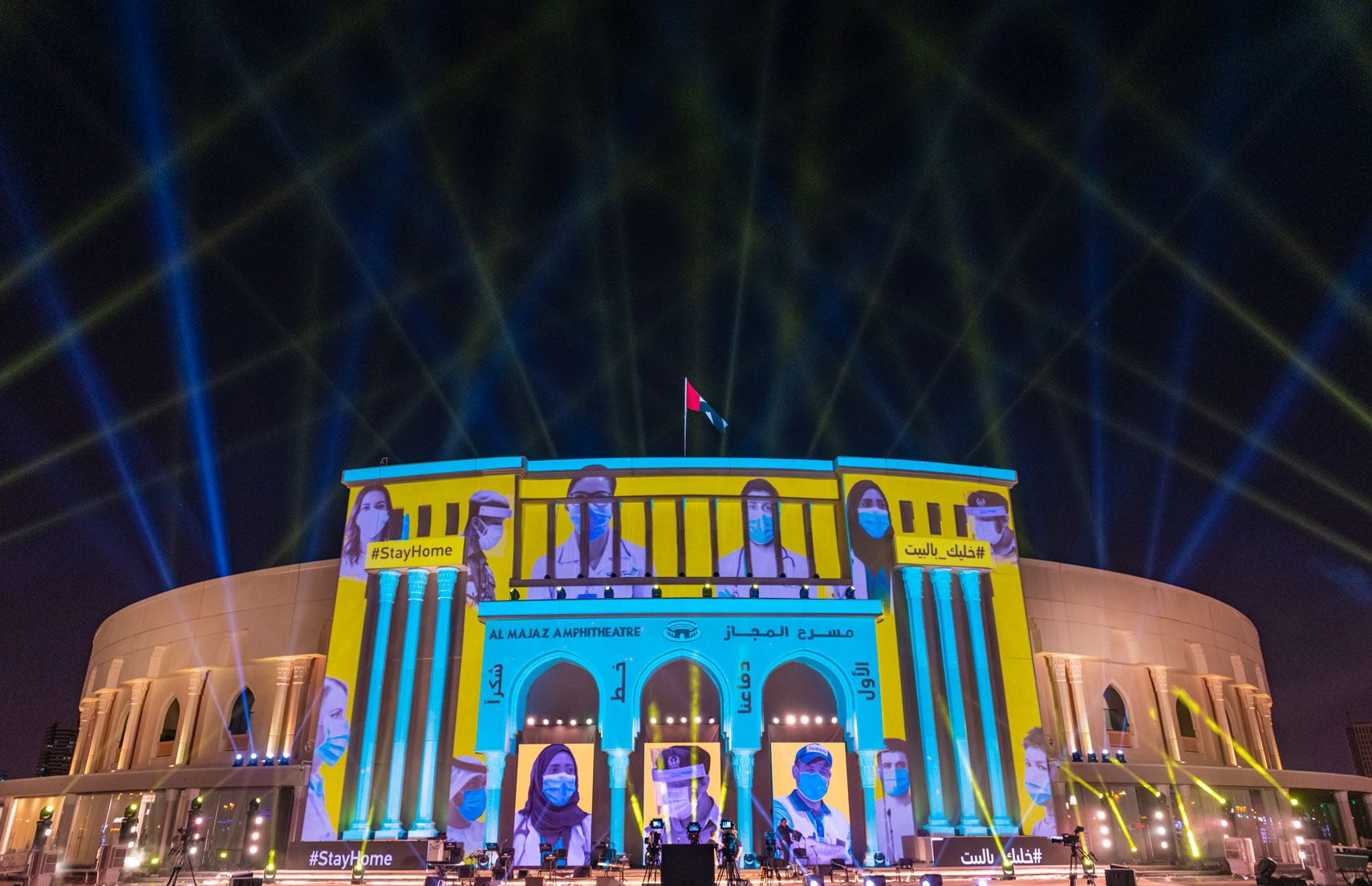 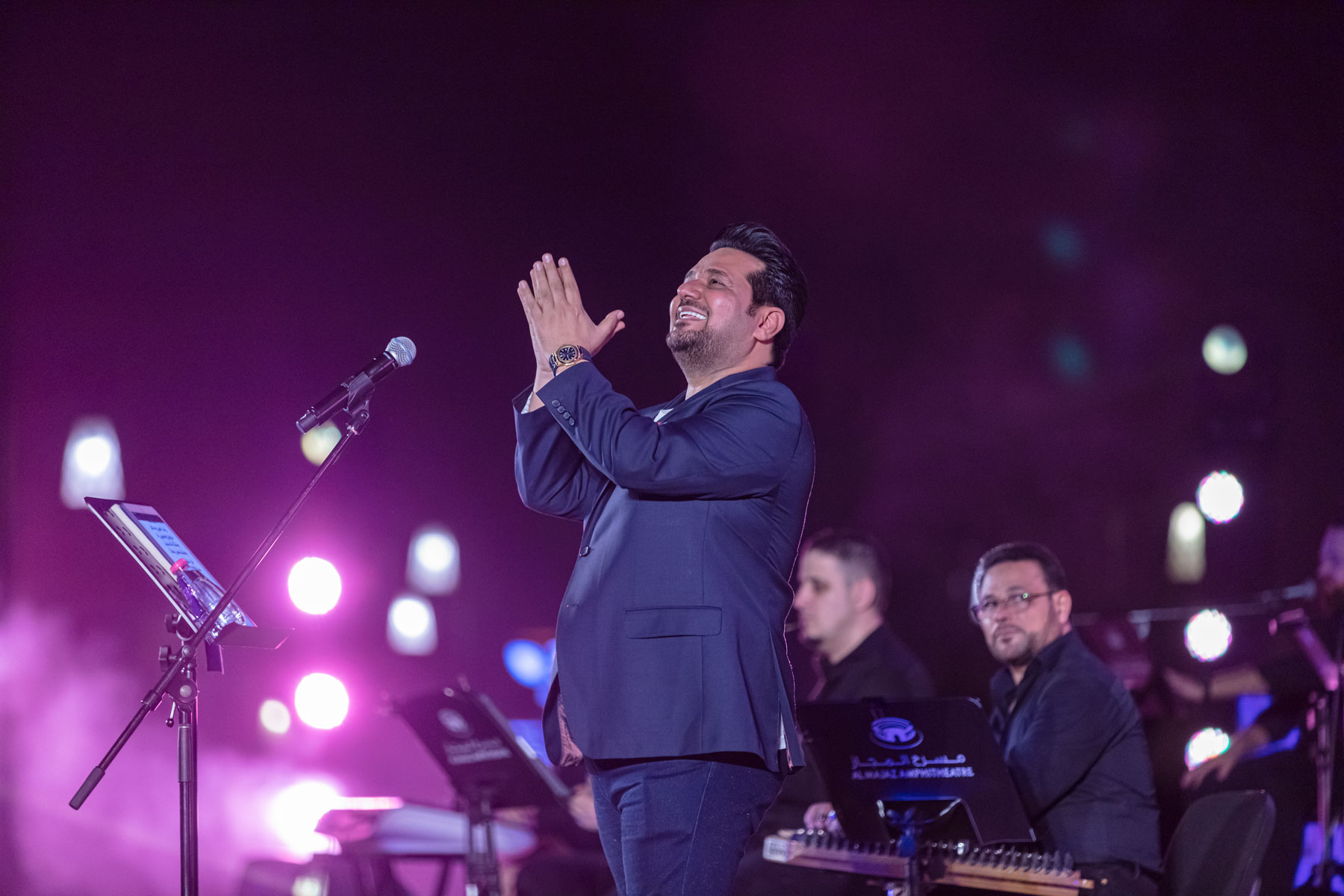