Performing for the first time in Sharjah, Arabic jazz musician Aziz Maraka was welcomed on the #letsmajaz stage with a roaring applause. The singer-songwriter responded to the crowd’s enthusiasm by opening his act with his latest hit, Meen Gallek.

The young performer’s charisma and stage presence were established quickly as he went on a ‘hits-spree’, singing the most-loved songs from his repertoire – Tzakkartek, Gareeba Min Al Galb Bint Gawiyeh and Ibky. Then came Semetek, which brought Maraka’s listeners to their feet.

Maraka’s own musical genre, ‘Razz’, which is an Arabic rock–jazz fusion, regaled the crowds, as they lapped up the singer’s unique musical improvisations, which fuse traditional Arabic melodies with soothing Jazz.

Maraka went on to perform is rendition of Gani, by famous Egyptian singer Hakim, followed by his latest number Mawali, whichthe singer was performing live for the first time. It was received well by the crowds cheering and singing along with him. Responding to repeated crowd requests, Maraka sang his other famous numbers Heyye and Ya Bay before wrapping his performance with the first song that rose him to fame in the Arabic pop scene, Ya Bent El Nas.

Maraka set the stage for 26-year-old Adham Nabulsi, who performed his breakthrough hit, Howeh El Hob, to mark his Sharjah debut. The young artist had his fans hooked with a slew of hits from his repertoire; including songs Meshtaa, Naskha Mennik, La Ba3d Khle’na and El Nehaye El Sa3ide, which have received millions of views on YouTube.

The singer’s vocal abilities were in full display with Haddik Al Kawn, followed by a surprise performance of Ya Asal, originally by Tunisian singer Saber Al Rebae, which brought the concert crowd to a fever pitch. 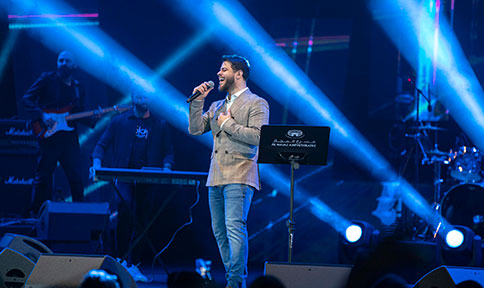 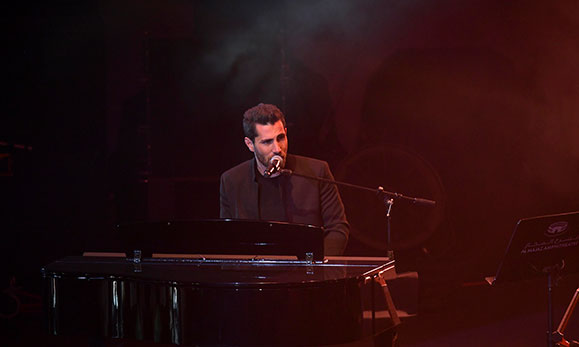