The two Gulf artists sang a collection of their biggest hits, mixing up the foot-tapping present with a glorious past, offering the originality and evergreen quality of Khaleeji music to a very energetic audience. Last night's concert was the third in the Al Majaz Amphitheatre's season opening series, which has seen thousands of music lovers flock to this one-of-its-kind leisure and cultural destination in Sharjah.

Marking his first concert in Sharjah, Nabil Shuail was welcomed on stage with roaring applause and cheer from the audience. Popularly known as popularly known as 'The Gulf's Nightingale', Shuail opened the show with a selection of the greatest hits from his 30-year musical career. He opened the evening with one of his most favourite songs 'Mantiqi', and during the course of his performance surprised his fans to a never-heard-before rendition of his recent hit, 'Farq Al Sama'.

The legendary Kuwaiti artist's much-awaited number 'Ya Shams' brought the audience to their feet, and his complete presentation of songs was dotted by other popular hits: 'Ya Asal', 'Wish Msawi Ma Gheeri', 'Abansakum', 'Dalloa'ah', 'Rahat Qalat', 'Ma Ansak', and others.

The stage was then set for Emirati artist, Eida Al Menhali. The artist began his set with a special tribute song titled 'Sharjah Doret Al Koun', which was sang for the first time and exclusively on the stage of Al Majaz Amphitheatre to his audience, to express gratitude to the emirate and its cultural enthusiasts, and to mark his first-ever appearance on the Al Majaz Amphitheatre stage.

An expert in the 'Sheilat' musical tradition of the UAE and Gulf region, Al Menhali enthralled the crowds with a collection of his best songs, including his biggest hit 'Mahma Jara' from his first album released in 2002. He continued to entertain the audience with great numbers from his musical repertoire: 'Tedri Inni Mooot Ahebak', 'Al Qoos Qosak', and others.

In high extraordinary voice, Al Menhali sang 'Ya Boy', 'Moshkiltak', 'Aza'al Aleek', and 'Metsawae' among other numbers that received thunderous applause and cheering from enthusiastic fans.

The thrilling night came to an end with audience interaction with the two Khaleeji stars, lots of autographs and memorable photo opportunities

The last in this spectacular concert series will see the two musical legends – Majid Al Muhandis and Lebanese pop Nawal Al Zughbi come together. Their performance on Friday, 1 March, will bring the Al Majaz Amphitheatre's season opener to a close.

Tickets for the remaining concerts are now on sale at https://platinumlist.net/ and the UAE Exchange in addition to the Al Majaz Amphitheatre. 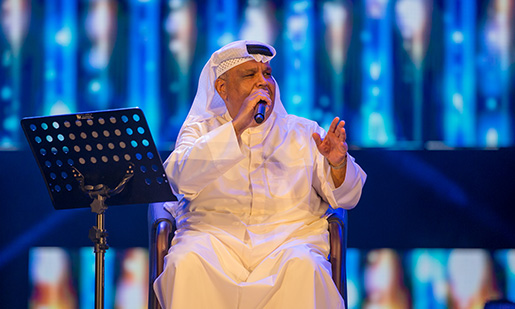 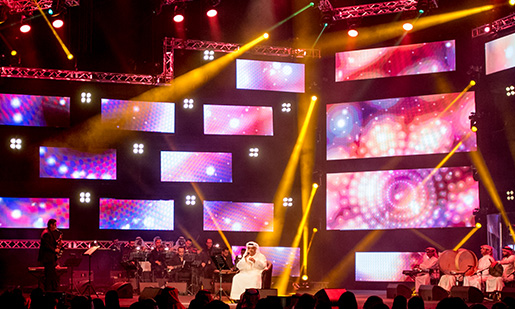 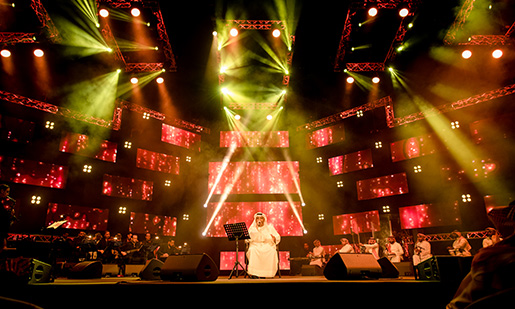 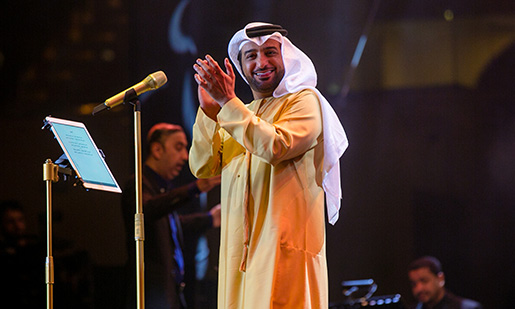 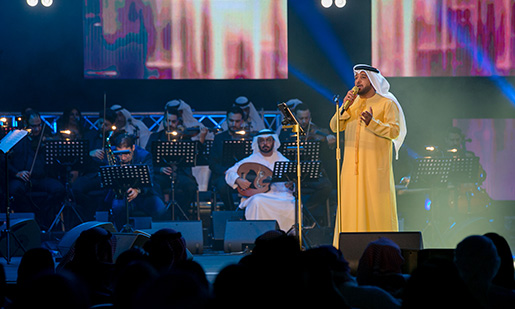 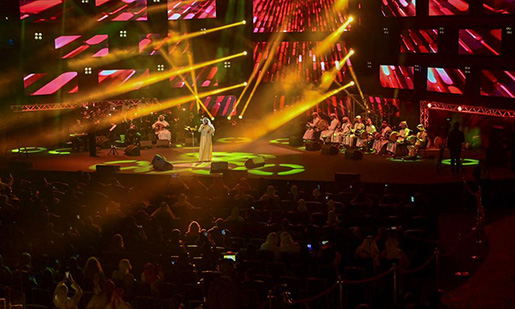 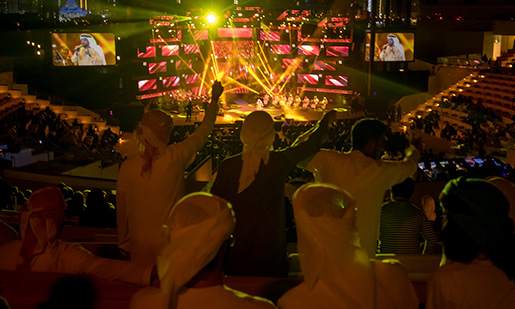 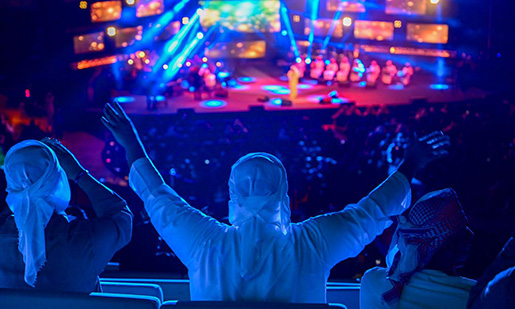